Airborne Express Riga Hosanna or answer the questions of this case let’s first of all understand the overall industry “here the company is operating. In general, we can state that there is a strong competition between firms in this industry. Firms provide similar services and also the degree of substitutability is high. Profit margins are relatively low.

The threat of new entrants is low because market for express deliveries is difficult to access, capital requirements are high and also the market is saturated with already established and well branded companies.

The main suppliers for this industry are pickup and delivery service companies and they are in high competition which brings to low bargaining power. So the supplier power is low for this industry. On the other hand, buyer power is high because there are many suppliers, product differentiation and switching costs are low, and also many customers are price sensitive. As already mentioned, the threat of substitute products is also high. For example, if there is no contract with the firm than the switching cost is very low.

The product quality and rises are pretty much the same.

There are also substitute products like e-mail. Rivalry among the firms in this industry is also high. There are 3 big players and 6 second players. The market is very saturated, and what differentiates the firms is usually price and image of the company. Competitive advantage can be achieved through innovation.

IQ . How and why has the express mail industry structure evolved in recent years? How have the changes affected small competitors? The industry has expanded exponentially in recent years. Three top firms have 85% of the market. 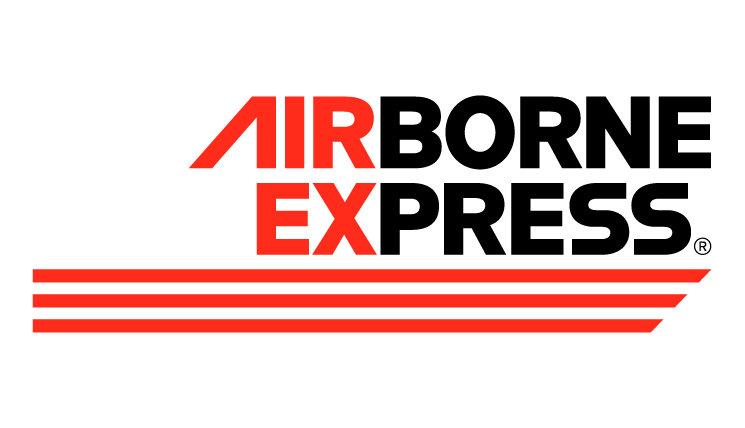 In 1996 alone, individuals and organizations paid $16-$17 billion dollars for expedited shipments within the United States alone.

The main goal in this service Nas to fulfill the promise of overnight shipping accompanied with next-morning delivery. But later there were companies that began to offer next-afternoon delivery for a lower price, second-day service, third-day delivery. The delivery of the package was only a part of the services which Mere offered by the firms. They also offer customers to track the route of their package in detail.

It’s interesting to mention that the volume of shipping has increased up to 20% in the past 10 years but revenues have increased only 10%-15% per year.

This was because of falling prices which were driven by increased competition and streamlined efficiency of deliverables. It was stated that express mail items usually had a high ratio of value to weight. High-volume discounts were allowed for large companies in order to encourage service loyalty. Actually, in many cases when the contract expires the companies switch to another carrier with similar services over the issue of price.

The top three companies in the industry delivered more than 5 million packages daily of which 98% arrived on time. They have achieved this goal through massive global investment in depreciable assets and human The smaller companies included resources.

Global, DEL Worldwide Express, Emery Worldwide, Roadway Package System, TNT Express, and the United States Postal Service. Each of these firms took a different approach to which market they exercised their transport capabilities in. For example, TNT and DEL concentrated on the international market.

Of all of Dell‘s packages, 80% crossed international orders and controlled more than 40% of the trans-border express shipments. DEL Nas also eager to specialize in hard-to-reach areas of the world and utilized Bahrain in the Middle East and Nairobi, Kenya which both carried hubs in their cities.

TNT mainly focused its efforts in Europe. Firms such as BAG and Emery focused on heavy cargo rather than overnight letters. RAPS did not offer overnight delivery and was focused on two-day ground shipments. SQ.

How has Airborne survived, and recently prospered, in its industry? Airborne had only 16% of the domestic mail market. They had their own airport which gives the many multiple advantages.

It no longer had to pay for landing fees and was able to modify the facility to accommodate its changing needs. Airborne also maximized property tax reductions due to their airport’s eligibility for Community Reinvestment Act zoning status. It additionally offered a warehouse on the grounds as the airport facility that was available for lease by other companies.

They were very in selecting the customers with whom they want work, that’s why they only selected the customers who had needs that they could best accommodate. For sorting they relied ore on humans and less on automation and kept a lower percentage of unionized labor in contrast with one of the main competitors UPS.

Their fleet was consisted of used aircraft. The strategy of buying used aircraft and refurbishing/modifying them for Airborne purposes totaled only approximately $24 million each, where as purchasing a new Boeing 767 cargo plane came to a total cost of $90 million.

A major competitive advantage for this company was their patented cargo containers that fit through a passenger door and allowed the company to utilize up to 80% of the aircraft’s usable space. If we compare this number to competitors’ ability we see that they only use 65%-70% of their aircraft cargo area.

They were not so much eager to invest in new technology systems unless they could distinguish a clear benefit of doing so. Airborne corporate culture was very cost- conscious. Airborne also made strategic alliances with other shippers.

For example, they cooperated with RAPS because the combination of the two separate companies Nas logical based on their individual strengths. Airborne also used independent contractors which allowed them to save up to 10% on pick-up and delivery as well. If Nee want to understand how Airborne has survived and prospered recently, we should understand their advantages over their competitors.

A greater amount of their volume consisted of afternoon and second-day deliveries which led to using the ground fleet for long-haul capabilities. 0% of the shipments handled by Airborne Mere ground-based throughout the entirety of their shipping Journey. In contrast, Fed Ex had a rate of 15%. This allowed Airborne to save over aircraft usage. Another quantifiable advantage was Airborne ability to use more of the aircraft than the competitors were using.

The statistic showed that 80% of the costs of a flight did not Larry with the amount of the cargo carried. 80-85% of Airborne volume was sent to 50 largest metropolitan areas . For Fed Ex the rate was and even less tort U Another cost advantage was achieved due to contractors.

It was stated that contractors handled 60-65% of volume and it cost the company 10% less expensive than company-owned package handling. If one takes the combined total of pickup and delivery of one overnight letter by Fed Ex and calculate the cost that could be saved by utilizing contractors: For example, pickup/delivery cost for one overnight letter is $3. 42.

The company owned 98 aircrafts which cost them from $20-$24 million per each one. Industry average was $90 million per aircraft.

SQ. What must Robert Brazier, Airborne President and COO, do in order to strengthen the company’s position? The president and COO should concentrate on several main weaknesses of the company’s structure to strengthen its position. I think they also need to increase a bit their advertising spending in order to keep their session in the market. I would also suggest expanding by mergers and acquisitions Ninth other second level firms in the industry.

In order to remain sustainable, Airborne must invest more in IT and automate certain disposable positions.

As we see in the case, 97% of all Airborne shipments arrive on time. In comparison Fed Ex and UPS had a rate of 99%. This means that Airborne should pay more attention to this aspect. I think automation of some tasks may help to decrease such errors. As we know UPS had reliability issues and Fed Ex had higher prices. These two factors can help Airborne to increase its market share.