Carter Racing Case: to Race or Not to Race?

Carter Racing has to make a decision under pressure about whether or not to race given they have experienced engine failure at a rate of 29%. Based on the opinion of the engine mechanic, temperature is a key driver in the cause of engine failure and Carter Racing has never raced in such a cold temperature. The data gathered by a more senior mechanic, who designed the turbo-charging system, does not demonstrate a correlation between temperature and gasket failures.There are three possible scenarios to consider.First, if they race and win, Carter Racing stands to gain a $1 million sponsorship from Goodstone and the team will feel an immense sense of pride.

However, if luck allows them to win, Carter Racing also stands the chance of dismissing the engine failure issues in preparation for future races. 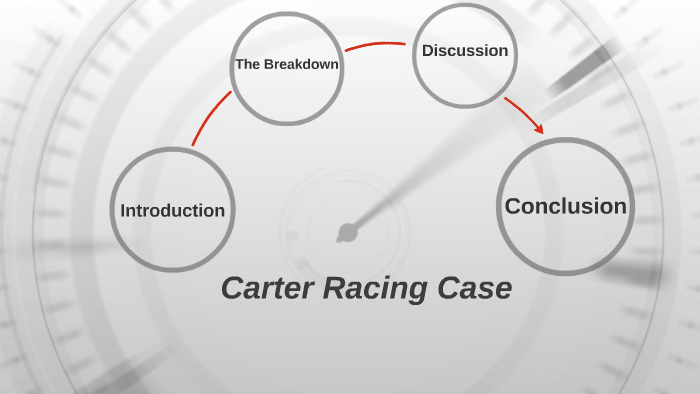 Second, if they race and experience engine failure, Carter Racing will face their biggest blow up on national television at a major event; not to mention the loss of substantial new sponsorships from Goodstone and their existing $500k oil contract.Third, if Carter Racing chooses to withdraw, the team morale will be negatively impacted and their reputation with key sponsors may be in limbo.

Withdrawal will also leave them $50k in the hole for the season.Based on the lack of additional corroborating data to disprove the temperature theory and the amount of financial incentive and reputation on the line, my recommendation is for Carter Racing to withdraw and keep their driver/car safe instead of hoping luck will be on their side. Carter Racing can use this as an opportunity to test and refine the turbo-charging system, get back on stable-footing and attract the attention of major sponsors next season.