Compared to passenger car tire, differences in tire performance, such as durability and readability can give a manufacturer a considerable competitive advantage. Truck tires are five or seven times the price of passenger car tire. Though demand for passenger and commercial tires is driven by different factors, there are important synergies between the segments. For example, advances made in large tire design were often transferred to smaller tires. In addition, many larger retailers would only buy from manufacturers which provided a full range of tires.

There are substantial geographical differences among original and replacement tire market. Replacement tires are generally sold through wholesales and related distribution channels can be competitive advantage.

As in the OWE market the purchase of truck tires in the RE market is made on technical criteria rather than on brand image Entry Barriers Entry barriers are economic and technological forces that prevent outside firms from competing in an industry. Entry barriers depend on technological and commercial relationships within the industry.

The most important barriers to entry are cost advantages, product differentiation, access to distribution channels, and miscellaneous barriers such as patents and monopolistic control over raw materials. Cost Advantages Even though Michelin production costs were always higher then the competitors, which was partly due to vertical integration, Michelin still had a unique position as a price leader, winch gave ten company a clear advantage Ana allow increase the prices, while the competition had to follow. A teem to Also Michelin strategy is to avoid customers that deliver volume but little profit and o concentrate on premium end of the business. Product differentiation Even though within the segment it is rather hard for an average consumer to differentiate between different tires, Michelin had over 3,300 tires in its product range.

Many of these models were developed for specific model of car, truck or other vehicle. The main differentiation that played to Michelin advantage is the technological difference, the quality of their radial tires. 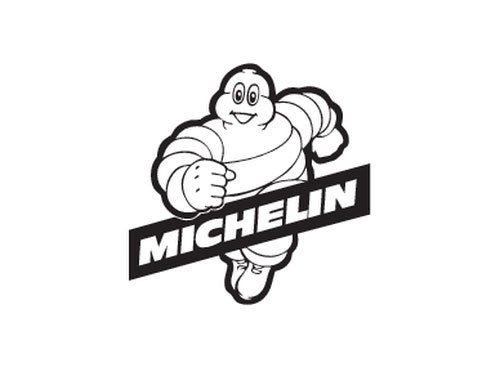 Their products were always viewed as of higher performance.

Michelin also geared its product development toward specific regional demand. Access to Distribution Channels Distribution channels in tire industry include car manufactures for the original equipment market and independent retailers for the replacement segment. Starting in asses Michelin began to extend their level of ownership in retailing. 25% of European sales occur through company’s own stores. Their branch network is the largest in Europe. They also received exclusive agreements with some car makers.

Their strategy was to be everywhere a big car manufacture was present. In tire industry the entry barriers are high and outsiders cannot easily Join in. Michelin has quite an advantage being on the tire market for more then a century and being at the roots of the modern tire industry. Being a price leader and having vertically integrated their distribution channels helps Michelin to raise the barriers even higher, also their dedication to quality and safety as well as high level of investment into R allows them to prevent new players to appear in the industry.

Competition An important determinant of profitability is the number of competitors within an industry who compete for a share of industry profits.

This number of competitors upends on who can enter the industry and effectively compete in it. In Michelin case there is a limited number of competitors today, three giants–Michelin, Bridgetown, and Goodyear–have nearly 60% of the global tire market, followed by Germany’s Continental and Italy’s Peril. Bridgetown parterre to compete on price Ana production ratter tan marketing. Continental focused on standard tires rather then high performance.

Peril historically had been concentrating on high performance replacement segment.

Goodyear focused on profitability and customer satisfaction in all the segments. Compared to the competition Michelin didn’t invest into diversification and concentrated on making tires. They put their attention to quality and customer satisfaction emphasizing safety, because “because so much is riding on your tires”. Among the competition they invest the most into R&D. Suppliers Suppliers of raw materials influence industry profitability and competition by affecting the cost of production.

If suppliers are powerful, they can obtain high prices for the raw materials they provide. In tire industry about 40% of production cost is accounted by the raw materials. Many had interests in rubber production, both owning plantations and in synthetic rubber, however none were actually self-sufficient. But as other competitors in the industry Michelin policy is to maintain its independence in the technological and procurement aspects. They pursued the vertical integration on the grounds of assuring quality. Customers Customers in tire industry differ significantly between original and replacement equipment segment.

In asses the replacement car tires were sold at 35% above the price of the same tire sold to the car manufacturer. Firms found it to be worthwhile o obtain a large share of OWE sales because it was believed that sales of OWE tires fed through to demand in the replacement market. The battle for the customers was not restricted to OWE market. The manufactures had tried to develop high profitability performance replacement tires to gain the larger market share. Michelin, who invested a lot into R&D was able to present to the customers tires with longer life and higher performance.

Goodyear Tire and Rubber: The strategic focus was on being “the best tire and rubber company in the world -best in quality, cost, profitability and customer distractions”. Goodyear was the world’s number one during a long period, it was mostly concentrated on profitability. Goodyear has a waste product range, but it doesn’t let them to penetrate into the global market because Goodyear tires don’t fit European market standards. Bridgetown-Hearthstone: company was Tossing on cost reactions In Its workable operations. Brimstone’s business was mostly centered on Asia.

The company’s strategy was to compete on price and production rather than marketing. Continental Gummy: Company had a policy of growth through acquisition, for example, European operations of Neuronal, Simper, General Tire. There were over 80 companies in the group, located in North America and Europe. So, Continental Gummy seems to be a global company. Company focused on standard tires.

Peril: Company had no presence in the OWE market in the US, was not global. Its tires had a good reputation in the high performance replacement segment. The company focused on cost reduction.

By 1993, Michelin consisted of 66 factories in 15 countries. Michelin is unique in the ire industry realizing the majority of its sales outside its home market.

Michelin internationalization mostly through building plants in the country where they wanted to be present, which reduced their transportation costs and increased the price margin. On a few occasions they entered into marketing agreements with mass- retailers or participated in Joined ventures or acquisitions. They have a strong presence in North America and Europe but had little done towards a strategy for the Far-East.

In our opinion Michelin has a very strong positioning and were able to enter into US raked even though the entry barriers were very high, but they should have paid more attention to a developing market in Asia, specifically China. There was very little local competition comparing to US and the car industry have been developing very rapidly, while local labor costs were miniscule. At this stage we would strongly recommend for Michelin to pay more attention to Asian market and to develop a strategy to enter it as soon as possible.