On the 15th January 2013, the horseman scandal hit Tests together with other retailers. Tests in this case faced two problems in one. Firstly they sold illegal food, because the provenience and the ingredients used In every food must be on the tag of the product, and horseman was not on It. Secondly In the UK horseman Is almost considered as eating a dog and selling product with horseman in it has created also an ethical issue.

We can relate this scandal with PR thanks to the PARA Healthcare Public Relations, which is defined as the area of public relations activity Involving ethical medicines, declines available only under the supervision of a pharmacist, proprietary and other products such as food and drink items which are promoted under a health claim as well as health services such as primary and secondary healthcare services.

The FASCIA point out that “The products we have identified as containing horse DNA do not pose any food safety risk and consumers should not be worried. How did Tests face such a huge crisis? It Is of primary Importance to be reactive to such problems, It gives the Impression of handling the situation and that everything Is under control. 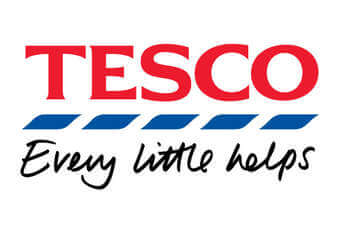 Deco’s communication team reacted within some hours publishing on their website a press release.

The press release stated four main points: All the products involved have been withdrew from sale. They’re working on the case to assure this will not happen again In future. They apologized to costumers. Tests guaranteed that despite the presence of equine DNA consumer health is safe. Looking at this first press release we can already see the first communication strategy Tests was using.

Indeed they used the corrective action strategy, ensuring that It will not happen again as you can see in this extract of the 1 5th January press release: “We are working with the authorities in Ireland and the ASK, and with the supplier concerned, to urgently understand how this has happened and how to ensure it does not happen again.

The day after, the 16th of January Tests published a press release where explanation 1 OFF Ana apologies nave Eden given. I Nils statement was seen Day e-mail to all registered customers and published on Deco’s Faceable, Twitter profile and on the corporate website page as in all the newspaper Deco’s adverts instead of usual ads. With this statement we can observe the second strategy used by Deco’s communication team, which is the Mortification strategy. The Mortification strategy consists in apologizing for the distress caused. The use of different platforms as social media, newspapers, e-mail and website increased the chance to be as visible as possible.

As result of this statement by Tests most of the I-J newspaper covered the story and published the statement, commenting that Tests was acting as a responsible company. When stakeholders know the causes of the crisis the news loose its appeal for the media, this is why it’s better to let the public know about the causes of the crisis. Indeed the first 48 hours are of huge importance on crisis communication and a mistake even if apparently insignificant; it could ruin the entire communication plan. Tests did one tiny mistake at tweeting the wrong message at wrong time.

The tweet said: “It’s sleepy time so we’re off to hit the hay! See you at am for more #Twosomes” customers didn’t like the tweet and found it offensive. The day after Tests had bad press coverage due to this tweet.

Tests then apologized saying the tweet had been prepared before the crisis started. Fortunately for Tests this mistake did not ruined the communication of the first days of crisis. When planning a communication strategy the team should always take into account all possible factors that could ruin the tactics.

After the first 48 hours he hardest part of the crisis communication is past, obviously if the strategy worked. It’s now time to keep customers informed about the development of the situation.

Tests promised to update as soon as possible and on 30th January a new press release was published on the Tests PL website. At first they apologized and then explained what their investigation found out: “We now understand – with as much certainty as possible – what happened. The evidence tells us that our frozen burger supplier, Cleverest, used meat in our products that did not come from the list of proved suppliers we gave them. Nor was the meat from the I-J or Ireland, despite our instruction that only beef from the I-J and Ireland should be used in our frozen beef burgers. Consequently we have decided not to take products from that supplier in future.

We took that decision with regret but the breach of trust is simply too great.”

It’s really important to keep customers updated on the evolving situation, also if the hardest part of crisis is past, this because with such a huge scandal customers don’t forget the story in Just a couple of week. Even more so if horses, which are considered as pet in the I-J, are involved in the scandal. Now that we have an overview of the communication strategy and how Tests has applied it, we can start analyzing the results and see if it was really a good communication plan. If we look at the graphic it is impressive how the market share value, firstly dropped down significantly, and then within two days recorded a capital gain highest than the pre-crisis market share value. That means Tests managed in an effective way its crisis communication plan, informing promptly shareholders.

Furthermore analyzing the Google trend on the horseman online recurrence, it is clear that there was an huge Jump of internet search on the first two days.

AT ten northeast scandal Ana teen a rapid decrease coming up to a non- interest on a few days. Obviously newspapers continued publishing articles on the scandal but the media visibility of the scandal dropped down.

Tests had to deal with one of the biggest image crisis of its history, the horseman scandal. The first news about horseman in beef burger came out on the 15th of January; within 48 hours Deco’s communication team built up a really well organized and strong communication strategy.

Deco’s communication team used two of the main strategies in crisis communication. The first one was the corrective action strategy, ensuring to all customers that they were investigating the case to make sure this would never happen again. The second one was the Mortification strategy, based on giving full apologies to all customers. As stated before the results are well depicted by the two graphics on the market share value and on the visibility of online sews about the horseman scandal.

But they could have done better, and how? Waitress, another important retailer in the I-J, after the scandal came out with the idea of having its own production facility, even though they were not involved in the scandal as Tests was.

The crisis is not yet finished; newspapers are still publishing stories on the trial. But Deco’s communication team worked really well, using all possible platforms and giving the message to the public at the right place and right time, except for the above mentioned tweet which many customers funded offensive.