It is a Co-educational and fully Residential School. Client’s programme was to built an international level school which will develop the individual and promote equality of gender and train future leaders in a multicultural and secular environment.

The various blocks consists of:

SPATIAL ANALYSIS – Relation of open and built up

One cluster consists of:

The school has well-equipped ten-bedded Infirmary to address the medical problems of the students it has separate provisions for boys and girls including an isolated air-conditioned ward.

Service blockThe service block is placed at the southern side so that it is directly accessible from the service roadIt contains: 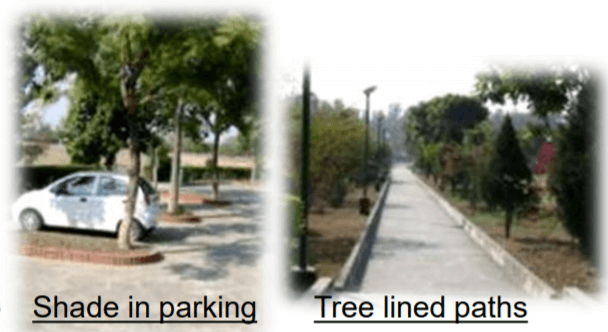