“Counter Attack” is a war poem written by Siegfried Sassoon in 1918, at a point where the war was still on, but about to finish. In Sassoon’s expressions, we can see that at the point all soldiers had had enough of a war that had been extended for four years and soldiers were fooled, as they were asked to go to a completely different war, in the sense of long, conditions and achievements.The poem describes the real state of soldiers, who endure great difficulties. In the desolate truce of this morning, these men who had been tormented by the weariness, flogged by the rain, in a mess during the whole night of thunder, these survivors of the volcanoes and of the flood were spying up to what point the war, so horrifying to the spirit as to the physical aspects, not only violates the common sense, it degrades the big ideas, entrusts all the crimes but they reminded how much it had developed in them and about them all the wrong instincts without exempting from it to an only one; the evilness up to the sadism, the greediness up to the ferocity.It is written in such a powerful way, that the poet forces us to live among his words.

This is obtained by using many poetic techniques in a successful way, which are going to be described. 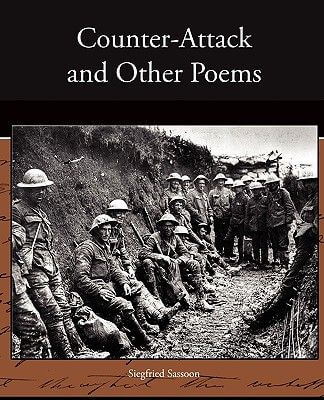 In first place, the poem is full of emotive language and powerful description, which helps to create a gloomy atmosphere. Specially when talking about pain, words such as “choked”, or “crumpled and spun him sideways”. When he says “Bleeding to death” it adds to the effect of torture and gives melancholy to the reader.

Also, it helps the reader to respond in an emotional way to the poem and make them think as the voice is thinking. In addition images are created in a much clear and concise way.Images are also made clearer by the use of metaphors and similes. For example, when he says “wire with gusts from hell” he emphasizes a negative image, as we get an image of even wind coming from hell. So, even nature is transformed into negative due to war.Sarcasm can be considered part of the tone of the poem.

Therefore, there are many examples, e.g. when he uses a pathetic fallacy in “the jolly old rain”.Repeating “down, and down, and down” highlights and draws attention to what is happening, the voice does not want anyone to ignore the fact of young men dying with suffer.The abundant punctuation and the long lines are used to slow the pace and control the flow and rhythm.

This gives significance to words and creates a better effect.’Death’ is a clear key word, which is repeated throughout the poem literally but also through euphemisms such as “heads slept”, “knocked him out”, “dissolved”, or “drowned”. In the last poetic line, “bleeding to death” is very dramatic and powerful, making the audience feel the painAnother clear key word is “confusion”, which is not only said constantly, and used with similar words as in ‘”blundering”, but it is also described in the third stanza very clearly and has an indent to underline this feeling.There is another indent previously, in the first stanza, which is use to highlight the change in tone and in theme, to start describing the dead bodies. The poem starts in a an informal(“We’d”), not too negative tone, but things start going worse and worse, until the last word written: “failed”. This last word seems ambiguous and could be a connotation, as if the voice wanted to state that the whole war is a failure.

The voice is very cynical when referring to war. He/she wants to change the heroic image of war and show the truth. The death of many men was summarised in four words: “the counter-attack had failed”In conclusion, with all these aids, the poet manages very successfully to transmit ideas making the reader feel them. The voice of the poem forces the reader to live among his words, it seems as if you were there, feeling it, seeing, listening to everything.We get a view, of soldiers fooled in war by changing what they were promised, and citizens fooled in the cities by getting an opposite vision, a false hero.Throughout the lines, there are many descriptions and statements of how these young men were feeding the bombs, “Wallowed like trodden sand-bags loosely filled”, and due to the inefficiency and incompetence of the officers, “officer came blundering”, and the further up commands, the trenches were a complete disaster and all that was observed was confusion.

And, of course, the consequence of all this was the deaths of many innocent, fooled young men whose intentions were to help their country, and they were used as laboratory rats, to try on and to be a number more first in the number of soldiers, and afterwards in the death toll.The poem shows an oxymoron of war, showing the other vision of war, which was completely opposite to that which was received in any home.