Walmart Inc. is an American multinational retail corporation that operates a chain of hypermarkets, discount department stores, and grocery stores. Headquartered in Bentonville, Arkansas, the company was founded by Sam Walton in 1962 and incorporated on October 31, 1969. It also owns and operates Sam’s Club retail warehouses. As of October 31, 2018, Walmart has 11,277 stores and clubs in 27 countries, operating under 55 different names. The company operates under the name Walmart in the United States and Canada, as Walmart de México y Centroamérica in Mexico and Central America, as Asda in the United Kingdom, as the Seiyu Group in Japan, and as Best Price in India. It has wholly owned operations in Argentina, Chile, Canada, and South Africa. Since August 2018, Walmart only holds a minority stake in Walmart Brasil, with 20% of the company’s shares, and private equity firm Advent International holding 80% ownership of the company.

Walmart is the world’s largest company by revenue—over US$500 billion, according to Fortune Global 500 list in 2018—as well as the largest private employer in the world with 2.3 million employees. It is a publicly traded family-owned business, as the company is controlled by the Walton family. Sam Walton’s heirs own over 50 percent of Walmart through their holding company, Walton Enterprises, and through their individual holdings. Walmart was the largest U.S. grocery retailer in 2016, and 62.3 percent of Walmart’s US$478.614 billion sales came from U.S. operations.

The company was listed on the New York Stock Exchange in 1972. By 1988, Walmart was the most profitable retailer in the U.S., and by October 1989, it had become the largest in terms of revenue. Originally geographically limited to the South and lower Midwest, by the early 1990s, the company had stores from coast to coast: Sam’s Club opened in New Jersey in November 1989 and the first California outlet opened in Lancaster in July 1990. A Walmart in York, Pennsylvania opened in October 1990: the first main store in the Northeast.

Walmart’s investments outside North America have seen mixed results: its operations and subsidiaries in the United Kingdom, South America, and China are highly successful, whereas its ventures in Germany and South Korea failed. 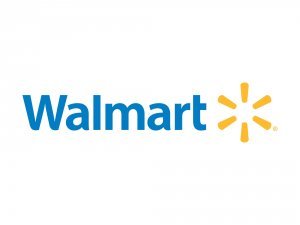