JAND, Inc., doing business as Warby Parker, is an American online retailer of prescription glasses and sunglasses, based in New York City. Warby Parker primarily sells products through their website, but also feature retail locations in the U.S. and Canada.

Warby Parker designs their product in-house, and sell directly to consumers through their website, stores, and interactive showrooms. Most importantly, they order their own materials such as acetate from Italy and then manufacture frames at the same Chinese factories as their high-end competitors, like Luxottica. This manufacturing process enables Warby Parker to keep costs low, at less than $100 for lensed glasses, prices go as low as $95. The brand offers a line of eyewear at $95, $145, and the highest at $195 per pair. Warby Parker’s pricing strategy drives consumers to purchase more than one pair. On average the Warby Parker consumer completes more than one order per year and buys an average of 1.5 units per order; this brand loyalty resonates highest with buyers between the ages of 25-34. In addition to eyeglasses and sunglasses, Warby Parker sells monocles, which are available with prescription lenses.

The founders of the company have made it clear Warby Parker sees itself as a fashion brand first. According to co-founder, Dave Gilboa, it is the brand’s idea that glasses should be an accessory the same way shoes or bags are accessories, he continues to explain that: “You should own multiple pairs and that they should fit them to your mood or your style. After all, they’re the only thing you wear on your face. What could be more expressive than that?” By lowering prices from an average of $500 for prescription glasses to $100 per frame, Warby Parker enables you to express yourself. 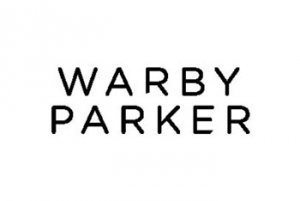