Zappos.com is an online shoe and clothing retailer based in Las Vegas, Nevada. The company was founded in 1999 by Nick Swinmurn and launched under the domain name Shoesite.com. In July 2009, Amazon acquired Zappos in an all-stock deal worth around $1.2 billion.

Zappos was founded in 1999 by Nick Swinmurn, who says that his initial inspiration came when he failed to find a pair of brown Airwalks at his local mall. That same year, Swinmurn approached Tony Hsieh and Alfred Lin with the idea of selling shoes online. Hsieh was initially skeptical, and almost deleted Swinmurn’s voice mail. After Swinmurn mentioned that “footwear in the U.S. is a 40 billion dollar market and 5% of that is already being sold by paper mail order catalogs,” Hsieh and Lin decided to invest $2 million through their investment firm Venture Frogs. The company was officially launched online in 1999 as “ShoeSite.com.”

In July 1999, the company’s name was changed from ShoeSite to Zappos after “zapatos,” the Spanish word meaning “shoes.” In 2000, Venture Frogs invested capital into the business and allowed Zappos to move into their office space. In 2001, Hsieh came on board as co-CEO with Nick Swinmurn. 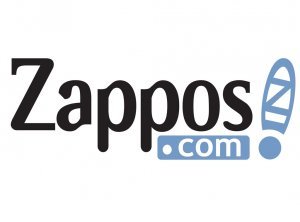