Analysis on Hobnail by Crystal Arbogast

The author of the story is Crystal Arbogast. She is an American famous writer.

She was born in Wise County, Virginia. And the events of the story take place also there. She did not start writing stories until she was 40 years old. Crystal Arbogast is well-known for her short stories. The story is entitled “Hobnail”. The title doesn’t reveal the theme and the idea of the story. I want to say, that I had several ideas what the story would be about before reading.And I couldn’t even imagine that it was this story. It was very difficult to assume what role a hobnail would play in the story and the destiny characters. But to my mind it is an interesting title.

I don’t know why, but it attracted my attention and I wanted to read the whole story. The theme of the story is a scary bedtime story about a mother and daughter’s night-time journey home. The story begins with a very long exposition. Because it’s a kind of horror story and the author wants to involve the reader in the special atmosphere.We knew from the exposition that the events take place in the US – Wise County, Virginia, because the main characters lived in Virginia. Their surname was Poteet.

Fannie was the youngest in her family and she has also 3 brothers and a father. The author mentioned that an uncle Jack had left the country and was in a faraway place called Cuba, fighting for a man called Roosevelt. 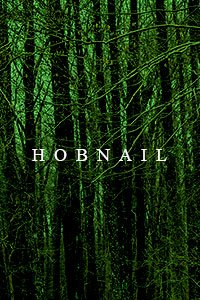 Thereby, we can suppose that it was about the beginning of the 20 c.

We also knew that it was a religious family, because they went to church. And just with this trip to church the story begins. Fannie and her mother went to church with her uncle and his wife. It was a long service and it was awfully late when Fannie and her mother were going home. John offered them to spend the night in his house, but Ellen didn’t want.She made up she had to go back, because her husband liked to have supper with all family members and would want to hear if a wife of one their friend had managed to drag to him into church.

But indeed she, like other women, just wanted to spend the night at her own home with her husband and her children, in spite of the night and the long way to home. John gave his sister a lantern, because it was getting chilly and Ellen and Fannie went home. We can see that brother worries about his elder sister.When parting she kissed him and hugged his wife gently. As she was pregnant, Ellen advised her what to do with “queasy feeling”.

We can see that these are warm relations. They loved each other and were concerned about each other. So Ellen secured her own shawl about her shoulders and picked up the lantern. Taking Fannie’s right hand, the pair proceeded on the three-mile trek back home.We can suppose that their social status wasn’t high, because they went on foot and they lived far from the town.

The place was mountainous and it was difficult to go. “It wound and wound around the mountains and through the valleys” and also “Heavy rains during the last week had left the dirt road virtually impassable for anyone on foot”. It was a moonless night and very scary atmosphere. Fannie got scared. Her mother told her different stories of all big cites far away and sang one of the religious hymns to cheer her daughter up.

Also there many repetitions:

All they are used to create a fearful atmosphere, atmosphere of tension. Crystal Arbogast uses suspense to create this special atmosphere. And while the whole story she keeps the reader in suspense. The reader can imagine each details of the setting of the story, because it adds an extra-effect to perception.

The author starts with the words “the sun goes down”, then it’s getting darker outside, the sun’s last rays are “sinking behind the tree-studded mountains”, and finally there comes the moonless night. Wit h the coming of complete darkness, the characters’ feelings of fear and uncertainty grow. While contemplating her mother’s advice, Fannie was distracted by a sound. This is the narrative hook of the story as it helps us become aware of the problems the main character faces in the story. What will happen next? And what is the sound? Then goes the rising action.

It adds complication to the problems in the story. It’s becoming more scared. “The sound came from the direction they had traveled from, and the girl’s eyes peered into the ink like darkness.It was very faint, but unlike the other noises she had grown used to along the way. The slow methodic sound was someone walking, and coming in their direction”.

With the help of these stylistics devices the author accentuates that mysteriousness. Fannie and her mother continued to go home. And the strange sound came closer and closer. It seemed that it was the sound of boots, heavy HOBNAIL boots. Fannie heard that sound and told mother about it, but Ellen answered there was nothing, she heard nothing and tried to soothe her child. Ellen even swung the lantern around again and again saying “Child, there’s nothing out there.

Tell you what; let’s sing “Precious Lord”They already went up to their house and heard their dog’s barking, but Fannie didn’t calm down. There are such stylistic devices as:

They enrich the description of the atmosphere. “Let’s hurry then Mammy. Can’t you hear? It’s closer and I’m scared.

Let’s run! ” This is the point of highest interest and greatest emotional involvement. Let’ run! – It’s the climax. Ellen swung the lantern last time and as they proceeded she cried out the dog’s name.The dog raced up the path leading to the track and the two nearly collided with him as they stepped down on the familiar trail to home. And Fannie’s heart filled with joy as her father’s voice rang out of the darkness. This is the falling action. They reached home. The father met them. He picked up his daughter and carried her the rest of the way home.

Once inside the cabin, Ellen helped Fannie undress and gently tucked her in bed. “The comforting sounds of her parents’ voices drifted from the kitchen”. Before closing her eyes, Fannie’s mother’s voice rang in her ears. At the end of the story the author wrote such a resolution, which I think nobody could image.Ellen told her husband that she indeed heard the steps too. She didn’t want to frighten the child.

She told that just before they got off the tracks, she turned the lantern around one last time. That’s when she saw what was following them. She saw the figure of a man.A MAN WITHOUT A HEAD!This is really an unexpected end. The plot is based on the external conflict where the main characters struggle against a man without a head, who followed them on the whole way to home. The idea of this story is courage and bravery in the face of difficulty.

Ellen like other mothers protects her child from the danger. She was afraid too, but she didn’t show it. She is worthy of respect.