Scientific Glass, Inc. (SO), founded in 1992, was a midsized player in the industry that provided specialized glassware for laboratory and research facilities. Enjoying annual sales of $86 million for 2009 and an above-average growth In the Industry, SO faced a constant challenge of competition with both large laboratory equipment providers and smaller glassware provider. To stay at leading position in such a highly competitive industry, the company had established Its own dedicated direct sales force along with the attempt to increase customer service levels and improve customer response times by adding additional warehouses.

By the end of 2008, in Dalton to the two original warehouses, SO had managed to bring on line six more warehouses strategically spread out over North America.

The company had identified a substantially increasing inventory levels that tied up extra capital and could Jeopardize the company’s ability to further expand if the problem persisted. Moreover, the debt to total capital ratio of the company had exceeded its set target of 40%. There was also a mismatch in the inventory records that computer records failed to keep up with changes in actual Inventory.

However, he critical problem was believed to be the high Inventory level, which would help solve the other problems spontaneously once It was solved. Besides, the company’s historically set inventory control policies were regularly violated, which had further increased the inventory level and tied up even more capital. To decrease the current inventory level and set up a more efficient inventory management system, two main alternatives should be considered.

Firstly, related policies could be revised to alleviate this inventory problem; secondly, the warehouses could be rearranged and restructured to address the Inventory Issue. 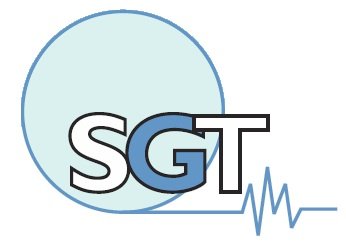 However, the first proposal of revising polices were found to be undesirable among sales managers as they believed it would undermine their influences on the allocation of inventory and their ability to maintain hard-won customer accounts. Consequently, the implementation of policy revisions would require more communication and efforts in order to convince the sales managers. Additionally, the proposed policy revisions could be employed along with the warehouse changes, so assessments on different options of warehouse changes would be more concerned.

In regards to warehouses restructuring, there are four options to be considered. Firstly, the existing eight warehouses were retained, each working independently, and demands were filled entirely by the correspondent warehouse in that region. Secondly, the main warehouse in Waltham, Massachusetts was kept along with a warehouse In the West, eliminating the rest of six warehouses. In this case, each of the two warehouses Independently served Its half of North American and took on half of demands In the Central area.

A third option was to pool all the demands and maintained one centralized warehouse to serve the whole country.

Lastly, SO could outsource its entire warehousing function to Global Logistics (GEL) so that GEL would be responsible for the inventory management. To evaluate the four warehousing options, detailed analysis were conducted on four main aspects, including transportation costs, average inventory levels, optimal Till rates Ana toner costs I nee escalated costs were calculated Tort two products, Griffin and Erlenmeyer, which were the most representative among G’s products.

All the average values were weighted according to each products relative proportion in sales. In addition, the demand for each product in 2010 was forecast to represent a 0% increase in sales. Calculations were all tabulated in the Excel file.

In calculating the transportation costs, demand patterns across each of the sales regions were assumed to follow the same distribution and demands were assumed to be evenly spread. All goods sent from Waltham to the rest warehouses through bulk shipment were subjected to a rate of $0. 40 per pound.

Considering the shipments from warehouses to customers, the average customer shipment weight of 9. 8 pounds were used to estimate the number of orders shipped. Shipment costs between warehouses were also considered in case of occurrences of stocking out with a 99% ill rate.

In the calculation of average inventory levels, a desired service level of 99% and a review period of 14 days with a lead time of 5 days were used to calculate the safety stocks and order-up-to-levels for each product under each circumstance. Then the amounts of overstock units were obtained by calculating the differences teen Oils and average demands, and the overstock inventories were the overstock units multiplied by the unit cost. The annual average inventory levels were calculated to be $31 ,560. 75 for the eight warehouses option, $14,120. 28 for the two warehouses option and $9,403.

4 for the one centralized warehouse option. As for the outsourcing option, the responsibility of inventory management would fall upon GEL, so that there would be no inventories for SO. In the calculation of optimal fill rates, 10% of the gross margin was calculated as the underage cost and 0. 54% of the unit cost was calculated as the overage cost. However, with the outsourcing option, there were no costs due to loss and no operation costs.

Therefore, using the formula provided, optimal fill rates were found to be 95. 77% for Griffin and 95. 25% for Erlenmeyer under the three warehousing circumstances.

For the outsourcing circumstance, optimal fill rates were 96. 82% for Griffin and 96.

48% for Erlenmeyer. In calculating other related costs, annual warehouse operation costs, fixed component of salespeople’s salaries and worn equipment replacement cost were considered. The operation costs were calculated as 15% of the average inventory costs. It was assumed that the investment of $MM to replace worn equipment was equally shared by each warehouse. As the result, other costs were $1 1 M for the eight warehouses option, $3. MM for the two warehouses option, $2.

1 M for the one centralized warehouse option and $1. MM for the outsourcing option. In conclusion, based on the evaluation, the outsourcing option would be the most efficient one to be implemented. First of all, there would be no SO managed inventory, which would be the most direct solution to the existing inventory problem, while it also helped managers to focus on increasing sales, understanding customer needs and evolving new products. Secondly, outsourcing the warehousing function would transfer some of the responsibilities to the Global Logistics resulting in a lower total cost.

Even though the transportation cost of shipping from Waltham to Gal’s warehouse In Atlanta was not ten lowest among all ten pitons, It was negligible comparing to the enormous amount of other costs less than other options.

Additionally, SO would be able to operate at a better optimal fill rate at a lower cost, which would make this the most cost effective option. For implementation, by outsourcing its less important function, SO would be able to concentrate on its core unction’s and further promote its sales and customer service quality.

Also, the outsourcing would eventually free up the previously tied-up inventory resulting in more funds to be reinvested to help company grow. However, there were concerns of losing track of inventories and having lower quality of products. To address these concerns, a policy revision on building up a more systematic inventory system and maintaining close communication with GEL would be a plus on the outsourcing option.

It would also be possible for SO to apply the outsourcing option to its overseas market to further reduce costs if viable.