Company: ntlCustomer: easyJetSubmitted by: Nelson BostockA record-breaking competition in a national newspaper resulted in over 100,000 telephone calls coming in to the call centre of Luton-based airline easyJet. But they coped – thanks in part to a telecommunications installation from ntl.”ntl has also been very keen to experiment and move easyJet into new areas – one illustration of this is the joint trialing of a scheme in which the easyJet telephone sales operators work from home using ntl’s Centrex service.” – Clive JustClive Just described the events leading up to the ntl installation which came in time to cope with a massive influx of calls generated by a major promotion in the Daily Mirror.

“It was one of the newspaper’s longest ever promotions, spanning three weeks, in which readers collected tokens and called in for seats at £14.50. At one point it was estimated that 100,000 people were trying to call us with possibly five times that number of people who were unable to get through to the network.”It was as a result of a similar, smaller promotion some six months earlier that Clive Just and his team decided they needed additional telephone capacity and approached ntl. They already had 60 lines, but it was obvious they needed more.

Centrex offers all the functions of an advanced private telephone system direct from a remote telephone exchange. This means that every extension user, even remote off-site operators, has the benefit of a direct line, relieving congestion on incoming calls as well as increasing efficiency. The real benefit for easyJet is that telephone sales agents, although working from home, can have access to the reservation system whilst the telephone system treats them as if they are working in the call centre.Currently, 150 agents work in the call center which is the nerve centre of the airline’s operation, handling all calls coming in from three European destinations.

In future, a large number of these operators may be working from home.

Ntl is interested in us and helping us grow

EasyJet is the entrepreneurial airline which operates from London Luton and Liverpool airports, carrying more than 4 million passengers per year over 19 European routes. The airline succeeds on a value for money, no frills, no tickets, scheduled flight service. Customers just arrive, check-in, board and take off. All seat sales are transacted by telephone, which is where ntl comes in.

EasyJet has been a customer for over two years. They moved across, says IT Manager Clive Just, because ntl was responsive to their needs in a way other operators were not.

He explains: “When we realised we needed to expand the number of telephone calls we could handle, one leading company was talking weeks for delivery, the UK number one was talking months and ntl was talking days. We wanted the lines quickly and ntl was able to deliver. It was also cheaper. 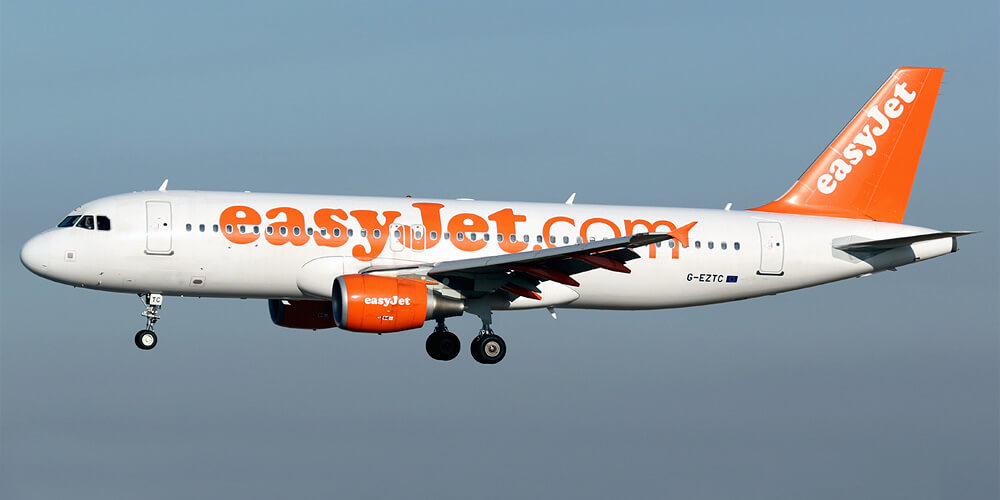 “We did encounter a few technical problems and ntl always responded extremely quickly – even if the problem was not within their network. We have direct access to a dedicated engineer who knows us and our operation in depth.

The call centre is multi-lingual and all calls are automatically routed to the right agent with the corresponding language skills. Eventually, easyJet hope to open up a whole new labour market for people who wish to work from home and ntl’s Centrex System will enable them to achieve this.Clive Just concludes: “ntl is interested in us and in helping us grow, and we have a good working relationship. This level of interest and responsiveness is what attracted us to ntl.And as companies we have a lot in common.

We are both new companies up against very large, monolithic organisations, and we are moving swiftly to stay ahead.”