Engineers have the potential of developing technology that will be used by hundreds, thousands, even millions of people. Since so many people are using this technology, it has to be safe and It has to benefit one population without making another suffer. As the engineers design new technology, they are the ones that have an ethical responsibility to ensure that It will not endanger lives or cause any suffering. The purpose of the essay is to explore the specific issues that face electrical engineers.

The primary focus in this essay will be addressing the question: how can an issue be an ethical concern if it does not directly endanger human life or society? This is particularly important as in contrast to other branches of engineering, the moral issues surrounding electrical engineering do not usually affect a consumer’s health or lead to injury or death. A civil engineering dilemma could involve a building collapsing or roads falling apart leading to direct death or injury, such as the “Luminance Plaza Collapse”l in Connecticut, or the “Sampson Department Store Collapse”2 In Seoul. However, as discussed In Flanders 3, the problems faced by electrical engineers are no less Important, and that the engineers In this discipline should be aware of the particular ethical dilemmas of this field. The field of electrical engineering covers a wide range of technology from power generation and transmission lines to integrated circuits used in computers. This essay will outline, using real-life examples, three major concerns in electrical engineering and explain how they impact the world on an international scale.

The current solutions to the ethical dilemmas will be evaluated using ethical analysis, and alternative solutions will be provided.

The following scenarios are an excellent illustration of the ethical issues that electrical engineers have to face and opens up a unique discussion about their responsibilities in both a national and international setting.

Electrical engineers are Involved in the manufacturing of everyday household appliances. The circuitry that is designed Is used In products that are sold by the manufacturer. Manufacturer’s can powerless the commercial success of their product ever the actual quality.

This can result in a conflict of interest between manufacturer and engineer since the manufacturer can be financially motivated, whereas an engineer is supposed to hold paramount the welfare of public in their professional duties. 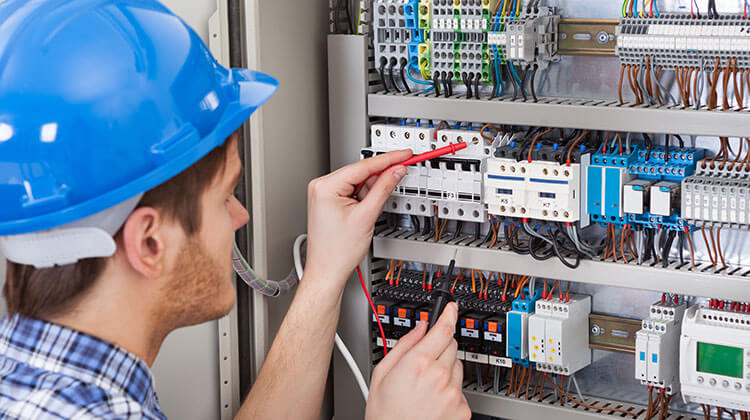 An example of this is the manufacturing of the Intel microprocessor in 19944.

The microprocessor had a flaw in it that meant that a regularly used operation by users would give the incorrect results. The engineers knew of this problem, and rectified it for future version. Despite this, Intel continued ailing the product. This error was found by users, and Intel decided it would only replace microprocessor with a good one to people who could demonstrate that they needed It. Should Intel have provided a replacement regardless? Since Intel was aware of the problem, was It unethical to withhold this Information from the users? If this Information had been given, and warnings had been Included, does this solve the ethical problems for the company?

According to Intel, since the error was so melon It would not affect ten majority AT users. However ten Tee people would nave suffered’ from this flaw could have been rectified if Intel had offered to replace their microprocessor for free.

This is what Intel did do and so according to utilitarianism principles their response was ethically sound. However, what was immoral was the fact that they did not bring up this issue themselves, and that they continued manufacturing and selling the product without warnings. They did not respect the dignity of their consumers enough to let them be informed consumers.

By applying Kantian ethics, one can determine that Intel did not respect the dignity of their customers, and was merely using them as a means to an end. This was to maximize their profit margin by exhausting their faulty stock.

There are a number of alternative solutions that Intel could have taken. Intel could have continued selling their product with a warning label so that further customer’s would be aware of flaw. A better solution would have been if Intel discontinued making this microprocessor and told their customers of the flaw straight away, whilst also offering a replacement chip.

The technology used by engineers to design equipment is complex, and outside the understanding of a majority of general consumers. In addition to this, the lasting effect of some of these technologies is unknown. Since electrical technology is designed on such a small scale, there can be unknown effects due to our limited understanding of quantum physics.

This raises an interesting issue that has sparked debate. Can we use technology that we don’t fully understand, but use on a daily basis?

Is it safe to use this technology considering that there may be a potential risk that we have yet to comprehend? The nature of electrical engineering can be somewhat experimental. Transmission lines are used every day to transfer energy into our homes. There are inconclusive theories that suggests that these transmission lines which emit low-frequency electromagnetic radiation can be harmful to the general population. This ranges from causing headaches and muscles fatigue to an increased risk of cancer.

Is an engineer obliged to consider these potential risks in their design, even if there is little proof or knowledge into the lasting effects? Currently transmission lines are designed so that they are around 5-10 meters off the ground, this is both for efficiency as well as to remove them from he reach of the general public, avoiding electrocution. However, not many transmission lines have shielding to reduce or eliminate the effects of electromagnetic fields, as there is no quantitative evidence to suggest that shielding is necessary.

If the observational theories were proven to be true, however unlikely, that would mean that the general public have been placed in a position of possible harm. In the unlikely case this was true, does the small probability of this being true outweigh the seriousness of the potential harm. An engineer should be orally responsible at all times, and so an engineer should employ some sort of safety measure. Even if there is only a tiny potential for transmission lines to have lasting negative effects, there should be methods used to combat this threat.

This is applying contractual principles. If engineers themselves believed that they could be exposed to these harmful effects, and knew that they could do something about it, they would integrate some shielding into their transmission line design.

Power generation and sustainable TTY Is a Key concern Tort all people In ten world Electrical engineers are a vital part of this global machine concerned with sustainability. Engineers primarily concern themselves with providing the most efficient means of power generation and distribution, but this can cause negative effects on the global community.

Can a balance be achieved? Is it possible for an electrical engineer to be morally responsible at all time? Our current primary energy source is dependent on a limited resource, coal and fossil fuels. The utilization of these materials results in emissions ND waste that are harmful to the environment.

Since an electrical engineer is only concerned with the production of energy and not of its disposal is this even an issue they should concern themselves with? It’s not Just up to one person to be ethically responsible.

An engineer is only a small part of a network of morally autonomous agents. An engineer can apply virtue ethics or Kantian ethics, and create awareness of environmental issues. An engineer should have a virtuous nature and consider all areas of society that they can impact. If an engineer applies Kantian, their actions loud involve trying to tell their managers that they are using the Earth’s limited resources as a means to an end, and the environment gets negatively affected by this. If an engineer raises concern about environmental issues, then they are ethically sound.

Even if the situation does not change due to the opinions of higher up people, the engineer has done all that they can be expected to.

Cheap Labor: An example of our global effect is found in a youth videos where cheap child labor is used to break down parts in a circuit board for further use. The toxic fumes emitted from deconstructing the components are extremely hazardous and can cause lasting health consequences. Companies source labor to developing countries because it is an extremely economical alternative.

This is primarily due to developing nations not having as stringent workplace health and safety requirements, and also being able to obtain workers who would work for a much lower wage. Essentially this action will achieve the same outcome, for a lesser cost.

These companies clearly priorities profit margins over social wellbeing. Is this an electrical engineers concern? An electrical engineer is part of the company that sakes the decision to employ cheap labor, and so they can be in a position to influence this decision.

A number of options are available. Employ 1st world employees to perform the same Job locally This will mean that there is a higher cost for the company. However, this will take away work from third work countries. Cheap labor will no longer be exploited, but the people of the country will no longer have employment, which could have serious roll-over effects on the society and economy.

A better solution would be: Employ 3rd world employees, and provide better wages and working conditions.