This refers to a logical fallacy in which an individual picks on the weakest link in a series of arguments.

The link is refuted along with the entire argument. In Senator Richard Nixon’s Checkers speech the straw man fallacy was committed. In the speech the senator tried to sneak in an argument to justify a point. There was no relationship between what he was justifying and the reality. He said “And, you know, the kids, like all kids, loved the dog, and I just want to say this, right now, that regardless of what they say about it, we are going to keep it” .

It was clear that a concern had been raised over the misappropriation of campaign money. In this case the people were expecting the senator to address the misappropriated money issue but he seemed to sneak in an argument which tended to sway away from the main point. In this particular case it was the money that was the main issue and not the dog. The senator in this case tried to construct a snow man. The snow mans fallacy has been used in a negative way by the senator.

This is because; the public expects him to be fully accountable on the finances that were contributed towards the campaign. The fact that he evades explaining the misappropriation of the funds is an indicator of how negative his argument has been used in the speech.A fallacy of false analogy was also committed in the speech. This is a fallacy whereby an individual tries to explain difficult facts by making comparison by already known facts because of their similarity. In his speech senator Richard Nixon creates confusion about how his office operates and is financed. “Business, for example, when a constituent writes in and wants you to go down to the Veterans Administration and get some information about his GI policy”.

By making use of such a logical fallacy, the senator impacts on the emotions of the audience by making them see that he is a good man by going to the veteran. This fallacy is sort of used in a positive way because the audience can give credit to the senator because of the assertion he makes in the trying to defend his public image. It is also fallacious to appeal to the listener’s feelings and confidence by trying to create an impression that the speaker is the same as the audience in terms of background and other sociological aspects. In his speech, the senator appeals to the feelings and emotions of the audience by trying to appear like them. He mentions that “Our family was one of modest circumstances and most of my early life was spent in a store out in East Whittier.

It was a grocery store – one of those family enterprises, the only reason we were able to make it go was because my mother and dad had five boys and we all worked in the store. 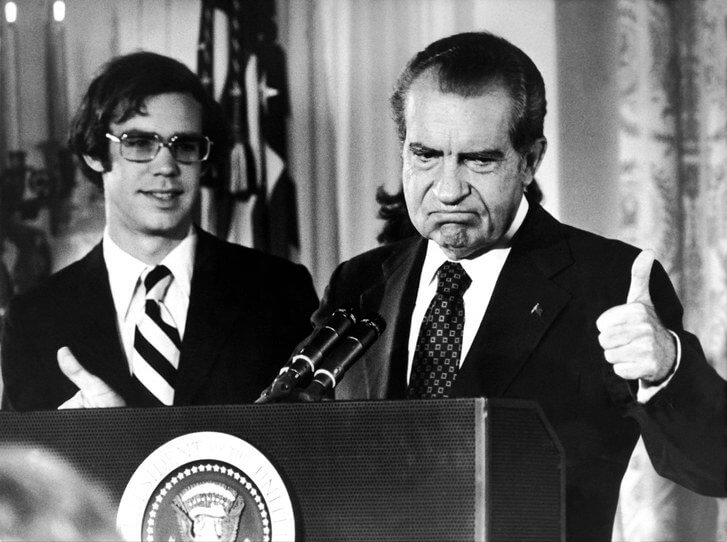 This is because, the senator might not be in the same circumstances or situations with the listeners yet he wants to win their confidence on the same grounds.In conclusion, it vital to mention that senator Richad Nixon’s speech was full of logical fallacies that he creates as he tries to win the trust and confidence from the public. He therefore ended up with many wrong arguments that could be used to discredit him.