Company: APD BlueLightCustomer: Lancashire ConstabularySubmitted by: Lynx Technology LtdFor the police, the ability to communicate quickly and effectively during a major incident is vital. At critical times, it can even make the difference between life and death. This was highlighted in the late eighties, when a terrible series of disasters, such as the Clapham Junction train crash, the Lockerbie air crash, the Hungerford shootings and Hillsborough, revealed serious shortfalls in existing police radio systems.

After a national review, the government decided to set up a nationwide digital trunked radio service for the police and other public safety organisations, which would overcome these shortfalls.

The result is the Airwave service radio scheme (previously known as the Public Safety Radio Communications project), a £2.5 billion project to provide a national digital voice and data radio service for the 51 police forces in England, Scotland and Wales, plus British Transport Police, the National Crime Squad and the Scottish Crime Squad. The scheme will enable the police to deliver a more effective service by improving communications between different police forces and between police and other emergency services, as well as increasing the safety and efficiency of individual officers. At present, each police force operates its own analogue radio system, as do the fire and ambulance services.

Between them, the three services operate nearly 150 separate analogue systems. This means that during major incidents, the services are unable to communicate effectively with each other. 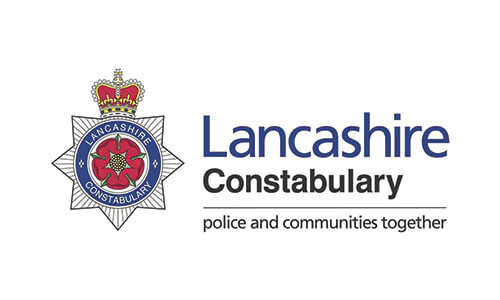 With a major project of such national importance, it was vital to ensure that the technology was secure and reliable before rolling it out. So the Airwave service scheme is being piloted by Lancashire Constabulary with Lancashire Fire & Rescue and British Transport Police following shortly thereafter.

After winning the contract to run the nationwide digital radio service, BT awarded the contract for the Lancashire Police control room and mobile data systems to APD BlueLight.APD BlueLight is a sister company of Compaq Solution Delivery Partner and Compaq System Service Provider Lynx Technology. APD BlueLight specialises in systems for the emergency services, from control rooms to call centres, mobile data and vehicle location. “We are pleased to be working with APD BlueLight because they are a very well established systems company, as well as having proven knowledge of mobile data, and the ability to complete end-to-end system installation”, says Russ Fielding, pilot project manager at Lancashire Police.

The solution put forward by APD BlueLight for the control room system was based on its Cortex communications control system, which is already being used successfully by other police forces. Cortex provides touch-screen control of the major communications resources available to an emergency service, including radio, telephone and video.

For the hardware platform, APD BlueLight chose £270,000 worth of Compaq clients and servers, provided by Lynx Technology. “Lancashire Police had previous experience of Compaq kit and were impressed by its reliability and suitability for mission-critical applications,” says Greg Wale, business director of APD BlueLight.Another key factor in APD BlueLight winning the contract was the ongoing maintenance and technical support it could offer. This is being provided by Lynx under a five-year managed services contract, worth £57,000 a year, which will include remote diagnostics, proactive firmware updates, server threshold alert reporting within Compaq Insight Manager, operating system support and an annual performance audit on each server, as well as hardware maintenance.Cortex is being installed in six control rooms and one training room throughout the Lancashire Police region.

Compaq ProLiant 1600R servers will be installed at each of the seven sites, linked to Compaq DeskPro client PCs on each operator’s desk – 150 in total.

The pilot is being implemented in two phases: the first, which is now nearing completion is to install the Cortex system and integrate it with telephones, CCTV and the police force’s existing analogue radio system. The second phase will link Cortex with the new digital radio service, known as TETRA (TErrestrial Trunked RAdio).”One of the biggest challenges of this pilot is getting to grips with the new digital radio technology and delivering it in a way that is easily assimilated by the operators in the control rooms,” says Wale.As well as the control room systems, APD BlueLight is delivering mobile data systems for the pilot. These, when linked into the TETRA service, will enable police officers on foot or in vehicles to access local and national databases and IT systems.

If a police officer wants to check a vehicle’s registration or owner’s details, for example, he or she will be able to access the Police National Computer (PNC) database on the spot. “A large number of police officers don’t have direct access to these systems at present,” says Fielding. “TETRA will give them instant access.” This will lead to better use of police time and enable more timely and accurate data on stolen vehicles, crimes and criminals to be delivered directly to police officers in the field.Another benefit of the digital radio service is that it will enable Lancashire Police to pinpoint where all their vehicles are at any time, using APD BlueLight’s INCA product, a smart “black box” installed in each vehicle that will constantly monitor the vehicle’s position, speed and direction.

The black box will send this information back to HQ using the digital radio service, where it will be displayed on computerised maps.The project will be completed early next year, and if all goes smoothly, TETRA will be rolled out to all police forces in England, Scotland and Wales over the next five years. Key to the pilot’s success is the relationship between all the partners involved, including BT, Lancashire Police, APD BlueLight, Lynx and Compaq. “This is a huge, complex project and we’re reliant on a lot of people to make it work,” says Wale.The potential benefits of digital radio to Lancashire Police, and the police service as a whole, are enormous, says Fielding. “The benefits for individual officers will be immediate in terms of safety and increased flexibility as well as access to information,” says Fielding.

“The Airwave service scheme is intended to provide a platform which can change with the evolving structure of the police service over the next 15 years, andAPD BlueLight has a key role to play in delivering the software applications and products which will enable police forces to take advantage of the scheme.”