Company: EmperianCustomer: Sadler’s Wells TheatreSubmitted by: Emperian LimitedDate: Summer 2000Between June 1997 and February 2000, Emperian was involved in a series of major IT and management consultancy projects with Sadler’s Wells Theatre. Emperian was the lead consultancy responsible for the entire IT and applications infrastructure.The projects covered a multiplicity of systems:

Said Dave Davey, Facilities Manager, Sadler’s Wells Trust, “The initial workshop with Emperian allowed us to think about the stages of the process we go through with each customer, and the range of communications required with our suppliers. Emperian was able to augment our vision and develop our ideas into a complete working solution.”Sadler’s Wells Theatre actually consists of three theatres: the main site, Sadler’s Wells Theatre, and two outlying sites, the Lilian Baylis Theatre and the Peacock Theatre. Initially, Sadler’s Wells’ IT strategy had no clear direction, but this changed dramatically with Emperian’s intervention. Originally, Emperian’s consultants acted as a communications channel between the various Sadler’s Wells management groups to aid integration and information exchange between the systems that were eventually to be selected.

Emperian’s consultancy began by identifying business requirements by interviewing the various departments within Sadler’s Wells Theatre, writing several specifications defining the business requirements, selecting the shortlist of suppliers for each portion of the infrastructure and managing the bid process. Rather than treat each solution as a stand-alone, Emperian’s experience enabled it to take a holistic approach where part of the criteria for the selection of each system was the capability to integrate with other solutions into an overarching business solution for the theatre.Emperian’s first project was to define a structured cabling system for the theatre and find a suitable contractor. Since the cabling system was for the theatre environment, not just offices, Emperian immediately discounted the use of unshielded twisted-pair (UTP) cabling because of the number of RF/EMC sources within the building. It was critical that the radiation from the structured cabling did not impact on the theatre’s command and control systems or that the RF/EMC radiation did not corrupt data (which would also eventually include voice traffic) travelling over the network, so Category 5e STP (shielded twisted-pair) was specified. The structured cabling was put out to tender, where Grant Taylor won the £100,000 contract from Cable ; Wireless. 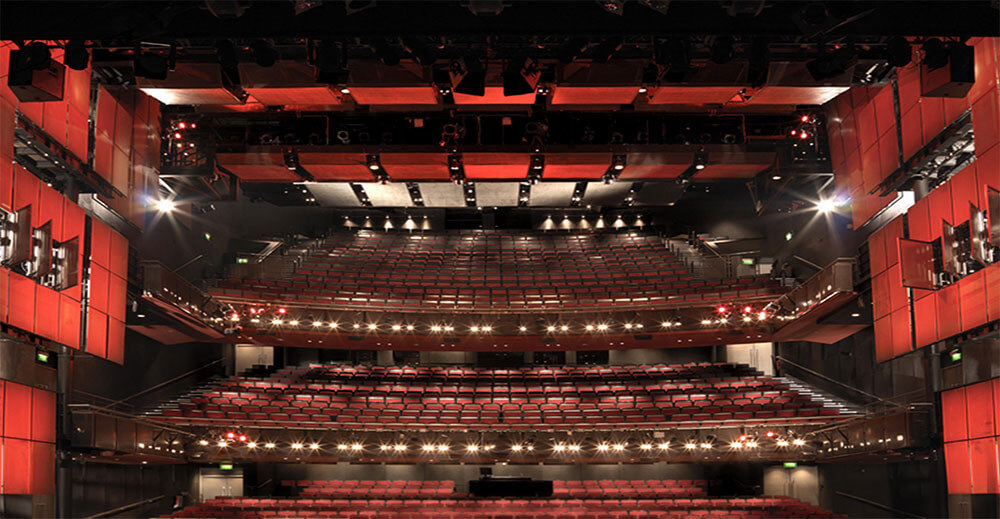 For the theatre’s voice/data network, Emperian specified a switched Gigabit Ethernet backbone with dedicated 10Mbps Ethernet to each desktop and 100Mbps Ethernet for the servers. Based on Plaintree switches, the LAN was extended into the metropolitan area to connect the other two theatres instead of taking the conventional method of connecting them via point-to-point BT KiloStream links. In effect, the Plaintree Ethernet extensions created a large single bridged data network–no routers are used to interconnect the sites.Emperian believes Sadler’s Wells Theatre was the first voice-over-IP (VoIP) implementation in the UK.

Because the Gigabit Ethernet/IP network had to run voice between four PBXs, this caused problems through the immaturity of voice-over-IP solutions at the time. At the time, Emperian’s choice of voice-over-IP was regarded as innovative, since the solution packetised (encapsulated and emulated) PBX DPNSS/Q.931 signaling protocols correctly as well as packetising voice calls between the three sites. The PBXs are linked over IP internally through the MAN and LAN.Emperian surveyed and tested all available VoIP solutions, most of which claimed to handle inter-PBX signaling in their data sheets, but in cold reality such signaling was either badly implemented or not at all. For example, Emperian had real difficulty in getting Nortel Networks’ Micom VIP cards to work at all in inter-PBX signaling (although IP packetising was no problem), mainly because Nortel’s sales and technical staff continually (together with the accompanying data sheets) claimed to support DPNSS whereas it was abundantly clear that the Micom VIP cards could not in practice.

COLT was chosen over BT simply because COLT was cheaper. Against Cable ; Wireless Coimmunications, COLT won because the company provided the better service package because it could provide both PSTN connectivity as well as data connectivity over the same fibre in the MAN–and also provided better value for services than Cable & Wireless Communications.Emperian decided to retain the existing Lucent/SDX PBX’s because they met 99% of Sadler’s Wells current and future needs. A fourth Lucent/SDX INDeX PBX supporting 500 telephone extensions was purchased for the theatre. For voicemail, theatre staff use SDX INDeX voicemail and Sail provided the call logging system.

The main application at Sadler’s Wells Theatre is the box office system, since ticketing is the most important aspect of the theatre.

Emperian considered several vendors, but because Sadler’s Wells Theatre caters for wide variety of patrons, it needed a very complex but flexible seating location plan and associated multiple pricing system for seats. Because of this flexibility, the ticketing system had to have the capability to change the seating plan and pricing structure from show to show at each of three locations. For example, each seat at the theatre could easily fall into between 30 and 40 different pricing categories during the course of a single week, depending on the number of different shows held at the theatre during each day, the time of the show and the location of the seat.Given the strong requirement for flexibility, a generic ticketing system would not cut it–and, indeed, Emperian discovered that such systems would meet only met 20% or less of the theatre’s box office requirements. Emperian considered the existing box office system vendor–with whom Sadler’s Wells Theatre management were dissatisfied–as well as TicketMaster, Synchro, Galathea and others.

In the event, Galathea was more attuned to what management wanted to accomplish with the box office than other vendors. Galathea’s product promised 75%-80% of the functionality that the theatre needed.The major problem with Galathea was that the company had only been in existence one year, so it was a newcomer to ticketing systems and also a young but rapidly growing company. For these reasons, Galathea was not Emperian’s automatic first choice, but the next closest in terms of functionality fell so far short of what Sadler’s Wells Theatre required that they were rapidly discounted.The only real alternative to Galathea would have been to develop a bespoke ticketing system from scratch, but this was never a realistic option, given the short timescale in which Sadler’s Wells Theatre had to open its doors to the paying public.

In the early days, Galathea’s technical support left much to be desired but has since improved to the point where there is little to complain about. The Galathea application is based on Microsoft NT and SQL Server, which initially kept crashing, but whose reliability has improved as the application evolved. It is currently regarded as a highly stable application with rich box office functionality.”Galathea has come a long way in a short time,” remarks George Zaremba, senior consultant, Emperian.

“Sadler’s Well Theatre is currently looking at providing online ticketing, but this is still a work-in-progress.”

As well as the innovation of VoIP, Sadler’s Wells Theatre was also the first example of digital matrix switches in the UK for broadcast quality TV distribution throughout the theatre complex. The TV signals, from various sources, were first digitised into SDI format (i.e., broadcast quality digital TV) and then passed to a digital matrix switch for distribution of the TV channels to wherever they were needed in the theatre complex.

Up to 16 different input channels (broadcast sources)–including theatre TV cameras, terrestrial TV channels and broadcast quality VCRs–could and were digitised and sent to appropriate locations over the Gigabit Ethernet LAN. A PC manages the digital matrix switch.Broadcast quality TV streams at 273Mbps over the LAN to its destinations, which pushes the STP structured cabling to its limits, but the system has suffered no problems since its installation. The benefit of digitised broadcast TV is that it can be scaled to many more destinations than analogue TV that would inevitably suffer frame losses and noise. The inherent noise of the analogue solution would also need to be filtered after amplifiers boosted the broadcast signal.

With digital broadcast TV, the digital signal is broadcast over the network and converted by a codec behind each TV set into a conventional PAL format for display on the screen.Worth about £200,000, the contract for broadcast digital TV was awarded to Quadriga (formerly Thorn), which installed the Vutrix system. Several other products were considered but Vutrix provided the best value for money.In addition, one of the most impressive structures at Sadler’s Wells is a large translucent/transparent video wall, which is able to take content from Sadler’s Wells and other parties as well as broadcast TV streams and display them on what is effectively a large projection wall.