With an estimate that he had worked no more Han two hours per day, Reed specifically described his Job as not especially Challenging. Furthermore, Reed had strong convictions concerning the supervision of employees in Acme.

He was able to conclude two things: there was a high turnover of office employees, with an average of 48% per year; and, many of the employees he supervised showed apathy towards their Job. Even though he was Just new and notably inexperienced, he felt that he was compelled to suggest solutions which he thought would improve the situation.

These suggestions would often be rejected by is immediate supervisor, Charles Grayson. Charles Grayson, the office manager who had been with Acme for twenty long years, had been elevated to his current position from being a clerk. Grayson, despite being non-graduate, takes personal pride in the expansion of the company and the Increase of employees under his supervision.

Doris Martin, a clerk-typist, especially was the indirect reason behind the deepening conflict between Grayson and Reed. Reed, due to Grandson’s absence, assumed authority and sent Martin off because she was sick.

This event, however, triggered Grandson’s insecurity with Reed. After another misunderstanding between Grayson and Reed due to Grandson’s confrontation about Reed’s unauthorized submission of project innovations to Acme’s controller, Robert Calvin, Reed finally decides to resign even though Grayson professionally asked him for forgiveness.

He was clearly overqualified for his position, however, as new member to the Acme Medical Association, he lacked the ability to adjust and adapt to the culture of his new Job. Charles Grayson was really insecure about Reed. With the entry of a young and brighter Reed into Acme, Grayson only took a short time to realize that Reed is a threat to his security and self-esteem. Grayson, who had no working experience elsewhere, and no other training of any kind, is insecure with Reed because he is making innovative moves, thus, auditing Grandson’s usual supervision. Reed might overpower him. Grandson’s managing strategy is defensive.

He refuses to hand-over response IL t As a rest gets bored. B I less and denies Ill. 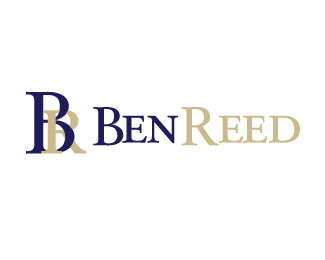 These observations are supported by the fact that Reed pushed through with his resignation despite reconciliation with his supervisor after a short professional misunderstanding.

Grandson’s managing strategy is defensive. He refuses to hand-over responsibilities and denies Reed of his initiative and authority. As a result, Reed gets bored. On the other hand, Robert Calvin, the controller of Acme who has allowed Grayson to become obsolete, was able to directly approach a bored Reed exhibiting a directive managing style.

Calvin was more concerned with the task to be done and less of the people involved.

Because he Just wants the task to be done immediately, he would seek services directly from employees capable of excellently doing the Job without building his people and preparing them for long-term. Calvin does not consult Grayson about the matter he wants to be accomplished, but instead, approached Reed, thereby shows his lack of faith in him. This causes a loss of status to Grayson resulting to his insecurity especially to Reed.

In conclusion, in order to have effective long-term supervision, management styles of Unachieved position must be compatible with each other. Bypassing can only be justified within an organization if the objective is to get things done immediately Introit creating insecurity among the employees.

Grandson’s lack of endorsement to his employees also makes productivity and empathy difficult, thus, causing conflict. It is also concluded that at every management level, threats can gradually develop as technology advances.