Company: SAPCustomer: Glaxo WellcomeSubmitted by: HarvardGlaxo Wellcome (GW) has 52 manufacturing sites, local operating companies in more than 70 countries marketing products to 139 global markets, over 18,800 different pack presentations and thousands of suppliers. Keeping track of production, let alone its supply chain, in every location, in a way that enables GW to meet the demands of the modern pharmaceutical industry, would be impossible without a suitable system to help.Two years ago, manufacturing in Glaxo Wellcome worked in a decentralised manner, with each location responsible for deciding how to manage its business.

The company’s approach to MRPII software systems was just as autonomous.”Each site pretty much had its own system,” explains John Cooper, Regional Supply Director for Latin America, but previously Director of GW’s World-Wide MRPII Programme. “Each was responsible for the design, implementation and maintenance of its software; systems varied from site to site – and so did their quality. We had a mixture of bespoke and package solutions, and hybrids everywhere.The need to update these systems became apparent in September 1998, a decision spurred on by the recognition that the older systems were demanding more and more resource to maintain compliance with the increasing requirements of the regulators, including the American Food and Drug Administration (FDA). To continue to trade successfully in one of the world’s biggest markets, one homogenous, enterprise-wide solution to manage and control sourcing of raw materials, production, warehouse procedures and final delivery was necessary.

“We needed a system that could be prospectively validated, one that could be validated before going live,” Cooper explains. “The FDA’s tight regulations about what prospective validation means often eliminates many of the major MRPII or ERP systems otherwise suitable for pharmaceutical companies. 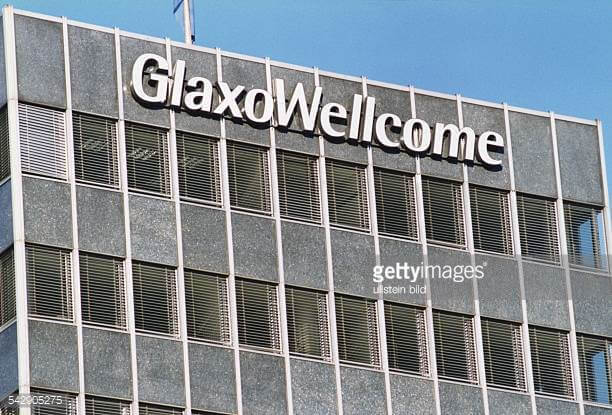 “For example, we have to be able to identify and eliminate ‘dead’ code – code developed in the design of a process but later abandoned when a better code emerges.

Programmers rarely remove dead code themselves, but the FDA believes it may inhibit the way the software is meant to work.”The FDA is also strong on the life cycle development processes used in the development of the software. Any change in any program must be controlled and documented; how the ‘fixes’ affect other parts of the program must also be recorded.”The USA is only one of GW’s markets, since the FDA has a number of agreements with the EU, and many of its requirements are also found within European legislation. If an FDA-compliant system could be found, GW knew it could also be used throughout Europe – and almost certainly the rest of the world.

So the search began for a global solution that also met FDA requirements. All major ERP systems were evaluated, using criteria such as capability to meet requirements, cost, complexity, ease of implementation and strength of vendor. Each product was scored from one – ten for each criterion. A shortlist of three – then two – was drawn up by a project team of seven – ten people. Visits were made both to the two vendors and a number of reference sites eventually GW chose its supplier : SAP.Now the fun really began.

“Bringing in SAP marked a major change for us,” says Cooper. “We had to ensure each site now worked in the same way; we had to obtain greater control of changes; and we had to achieve synergies required to operate as a global company.”Initially three locations in the UK were to be chosen as pilot sites, but this was expanded to eight because five sites needed to replace systems that were not Y2K compliant. The eight sites were Ware (Hertfordshire), two in Dartford (Kent), Speke (Liverpool), Ulverston (Cumbria), Barnard Castle (Co. Durham) and Montrose (Scotland) in the UK and Jurong in Singapore. Between them these eight sites manufacture products earning revenues of billions of pounds.

But by choosing to implement SAP in eight sites simultaneously, it also meant that a potential 3,000 users were going to have to learn simultaneously how SAP worked.The implementation was based on ‘ASAP’ methodology, which speeds up installation of SAP’s ERP software. Cooper explains: “This was a great backbone for us to utilise, although we did change it a little, as it wasn’t set up for multiple sites in a highly regulated industry. If we just looked at one site at a time, we could focus on the wrong things at the wrong time. ASAP takes the user through the implementation process step by step.

If you use ASAP correctly, you get the development of the system right.”One of GW’s biggest challenges, Cooper admits, was to get the eight sites to agree on a common approach. “It ended well, but was extremely difficult and time-consuming to achieve. We had to find the backbone of commonality between the eight locations and then build it into the individual sites.”None of GW’s warehouses, for example, worked in exactly the same way. GW had to decide how to put pallets in the warehouse, how to ‘age’ them when stored, and how to remove them, to ensure everything was done in the same way, even though the environments were different.

SAP proved a true partner throughout the entire process. “Unless you can develop a strong partnering relationship with the vendor, system implementation will not be successful. We worked together, as twins, to achieve what we needed. SAP provided us with the right people with the right expertise to help us through the implementation and the realisation of the correct timing of phases.”GW had considered employing a third party consultancy – one of the big five – to help lead implementation, but the company wanted to make one person responsible, and logically that person should be the one who wrote the software. SAP’s implementation experts even worked at GW premises to ensure the procedure was completed smoothly and quickly.

“We used a lot of GW people and quite a few from SAP, as well as help from Anderson Consulting, PricewaterhouseCoopers, Cap Gemini, and Partners for Change. There were 1,000 people on standby over the first three days of implementation in case something went wrong.”It worked. The first phase of SAP’s MRPII system was installed in August 1999; the final piece of software was in place by the end of October. An amazing 3,000 users in eight locations went live just 12 months on from GW’s initial decision to replace its legacy systems.

Glaxo Wellcome has now embarked on a Global ERP Programme again utilising SAP as the backbone software. It will initially involve sites in the US, Canada, France and Italy as well as the company’s supply and logistics organisation. The additional functionality and scope in the ERP programme will also be implemented in the eight original sites by 2002.”We have learned from our experience in Phase I “. Cooper points out. “We need more commercial functionality – more financial modules, order taking and processing, and a way to keep track of markets on a world-wide basis, for instance.

“ERP will give us what we need with common systems, processes and data to enable us to operate in a truly global fashion.”