Foot widths have been incorporated in the design of the shoe. This distinguishes/ differentiates New Balance product from its competitors. Brand has been kept affordable In terms of price Inspired well-taken care of employees who are performance driven because of the culture of the company Is established In many countries and has quite a big global footprint Good relationship with retailers. They have been accommodated and close bonds have been formed with them.

Good marketing techniques, focusing on strategies that the major competition have neglected

Nowadays people wear sneakers for leisure/fashion purposes and New Balance could target that market. New balance could establish other lines within their range or Leisure or even high end market, kids market etc.

New balance was places as number one in the trail category. They should ride this wave; sponsor the person who won in that category.

South Africa has a strong sporting culture that the company could capitalist on, New Balance needs to have more market share In these sectors Advancement In technology and Innovation.

New balance has the opportunity to update its products and come up with new innovations to keep up and o penetrate the market. Make headway into the online retailing sector. There is a growing level of health awareness in the public and more people are leading an active lifestyle. This has led to more sales of the running/sports gear. And New Balance has an opportunity to grow.

Sports has become a source of entertainment and therefore there is more demand for it, and an opportunity to grow within the market In South Africa particularly there has been large growth in the middle income sector, and that is an opening/ gap market for the company to target. More product lines.

Limited product line. New Balance has focused mainly on running. However, the market NAS Eden sin Titling to not only Include serious attendees, out It now also caters to the more fashion-oriented crowd.

This crowd tends to be from the younger generation, the part of the population that New Balance has so far not been focusing on. New Balance needs to expand into new product areas and remain competitive in the changing market. 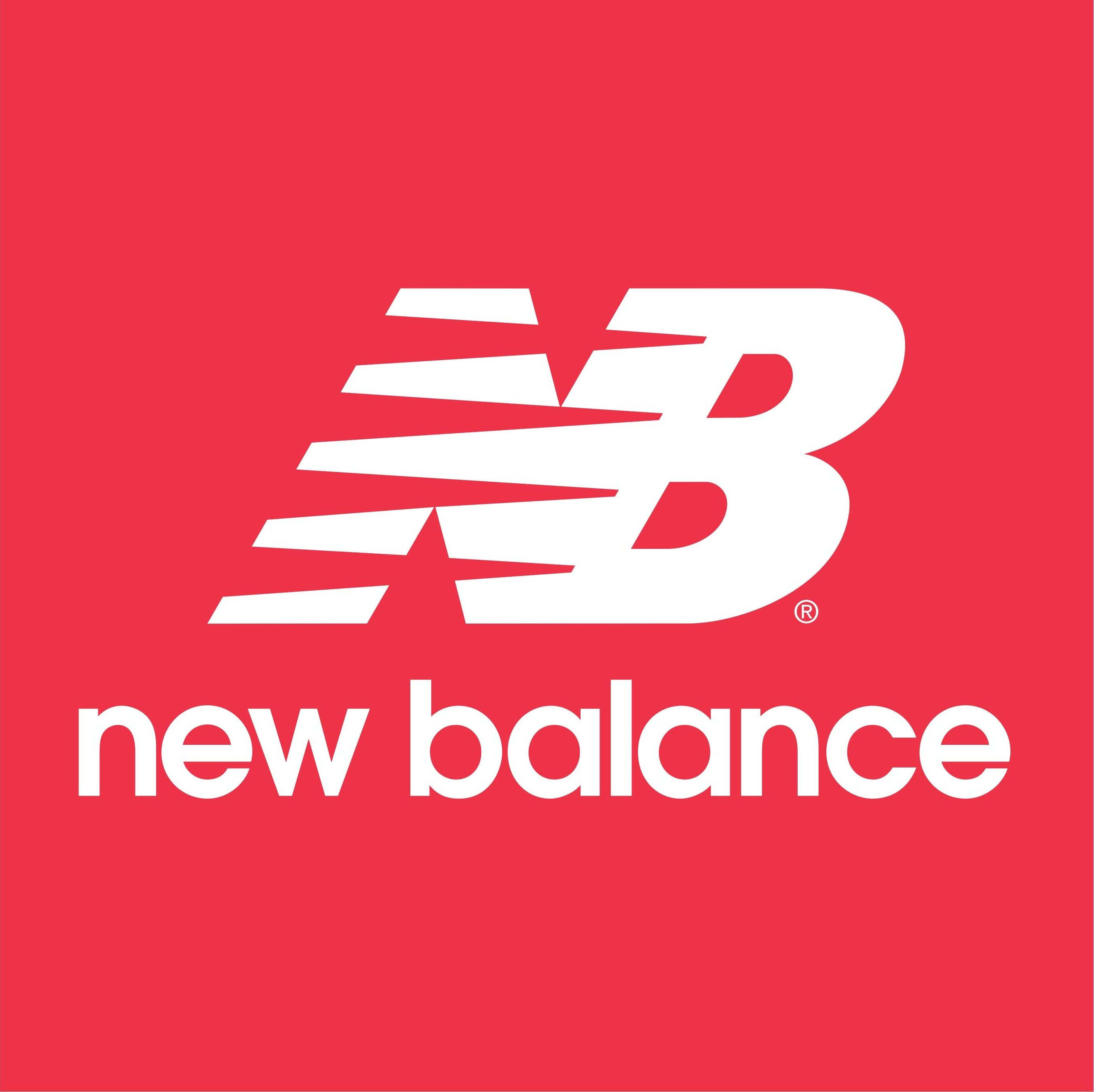 New Balance on the other hand manufactures its shoes in the USA. Has to order stock from abroad. New Balance falls behind its other major competitors, Nikkei, Aids and Rebook, in the area of marketing.

Unlike its competitors, New Balance does not undertake celebrity endorsements. This puts them at a disadvantage when it comes to brand building.

This also causes the company to be at a disadvantage on gaining awareness on a global scale and they lose out on publicity from major global events. Most global brand names generate strong brand recognition through celebrity endorsements in sporting events that would give them the needed momentum to carry their brand name further into the global market.

The fact that new Balance has multiple widths also adds to the cost of manufacturing Van Roomer’s statement of: not wanting the shoe to be a giant, but to become known as better”. Bigger is better, the words are synonymous with each other; there is no need to sacrifice the one to have the other. The company can be both bigger and better.

The sportswear industry is growing and becoming more competitive so the will be new producers and entries in the market with new aces up their sleeves”. More competition in the market Sales on the technical running market have been on the decline according to in the New Balance Case Study, and this is New Balances’ stronghold. Becoming myopic and not scanning the periphery. Not seeing that there are gaps in the market and focusing mainly on running. Not considering fashion focused brands such as Puma as competition. This is a myopic trait of assuming indispensability Summary Much of the strengths of New Balance lie in the quality of their product and the good relationships they have with their retailers/ distributes.

Their weaknesses are in that hey are too focused on the functionality of product, whereas the market is constantly changing and they need to be evolving with the market. Opportunities lie in the diversification of the product and making it more contemporary. They also need to employ stronger marketing techniques.

Would you consider New Balance a niche player in the athletic footwear industry New balance is a niche player with regards to their marketing technique. They utilized niche marketing strategies that the bigger firms overlooked.

The above marketing strategies are typical concentrated target market strategies. Although the company did not suffer from limited resources, they chose this route because it was more effective and efficient for their brand.

They had thorough knowledge of the market they were targeting and they used this knowledge to get their product into the market. Characteristics of niche targeting: Strategic Factors Niche Targeting New Balance example Target Market One Narrowly defined consumer group Serious Athletes Distribution Carefully selected outlets.

Few exclusive distribution New balance targeted independent retailers mostly and although they do supply big shops such as Edgar, Total Sports and such. The independent distributes make up a large portion of their share price Marketing Communication Specialized media e. G.

Specialized magazines The media strategy that New Balance chose to use was Specialized in a sense that it wasn’t mass media and all over the place. They rather targeted specific sectors they wanted to make themselves known in. Sectors that other major players had neglected.

One price range tailored to the consumer group. I en entry level price Tort New Dalliance ranges Trot RAY-RAY winner as Tort ten competitors it ranged from RARE-ERROR Strategy emphasis Appeal to one specific consumer group via highly Specialized marketing programmer New Balance’s appeal is to the serious athlete who prefers functionality over fashion. Their marketing programmer was highly Specialized and set them apart from competitors.

New Balance has chosen this approach because of their:

Their competitors are focused on the larger chunks of the South African sporting market e. G. Soccer

G. Men’s footwear, trail walking, cross-training, court, children’s, soccer and athletics. Their product is differentiated from their competitors in that their shoes come in a form of multiple widths and lengths across all the product lines. In order to expand their product range and therefore have a larger customer base I would recommend New Balance: venture into the fashion/leisure market as there is a gap for them there create a line for the children’s market in future, get into the soccer / black market as that is one of the most popular sports in the entry and demographically forms a larger part of South African sports players have a high-end line for the more exclusive market which, precise will be higher than the entry level of 399-599 that they currently have.

New Balance also has the opportunity to do more research and development on their product and come up with other innovative technical features for their shoes. They could come up with other breakthrough technologies that will make them market leaders in specialist sportswear.

Branding In branding their product, New Balance has taken an endorsed by no-one approach, which I believe works well with what the company stands for. There are pitfalls to having a celebrity or well-known sports star as the face of a brand as that places the brand’s image in the hands of one individual.

A problem that has affected New Balance’s competition Nikkei In ten recent months. New Balance NAS odometer Kept their image of function over fashion and will be known for that .The company’s focus in on quality and performance which will therefore sell the brand. On the other hand it is good to note that the Michael Jordan and Nikkei collaboration brought about he world’s bestselling sneaker to date, and therefore meaningful endorsements can push the global image of the brand and give the brand and edge.

New Balance could use the world’s best trail runner as the face of their trail category since they are the leading brand in that category. Price New Balances’ aim is to attain 38% to 40% margins and they therefore have kept the brand affordable at the price of RARE-RARE for a new balance entry level shoe.

Considering that entry level shoes form the bulk of New Balance’s sales another strategy might be need. As mentioned earlier a new high-end line that is for the more exclusive target market can be made with the entry level shoes starting at a much higher price. The customers would be the kind of customers who associate price with quality, and functionality and prestige.

The middle income market is growing in South Africa, and therefore with rising incomes people can afford more high-end products. Place New Balance’s retail strategy involved targeting independent sports stores that had been neglected by the their major competitors, these stores ended up making 36% of the company’s business while the bigger stores e. . Edger’s, Total sports etc. Made the rest of the share. You could say that even their distribution technique was that of a niche” type of strategy, since they targeted what was bypassed by their major competitors.

Opening braded shops in the weak areas like Iambi and keeping a low profile”, is not a great move. I would recommend that new balance open branded shops in the cities as well. That’s where most activity and population density is, and also where the brand itself can showcase all the aspects of their brand and products that retailers cannot stock. They may be afraid of competing with their tillers, but I believe there is enough room for the retailers and New Balance concept stores to both thrive in the market without canceling each other out.

Promotion Publicity New Balance has a good form of a public relations strategy to get the name of New Balance out there to the customers.. This infant, formed a big part of their strategy as they would sponsor events, and this made up a big part of their expenditure. This gave them a lot exposure through print media and television e. Total sports challenge, school sporting events.