The amount of sulphate is determined quantitatively as barium sulphate by gravimetric analysis.

This determination consists of slowly adding a dilute solution of barium chloride to a hot, unknown sulphate solution which is slightly acidified with concentrated hydrochloric acid. A white precipitate will formed and is then filtered off, washed with deionised water, dried in the oven and weighed as barium sulphate. The percentage of sulphate is calculated from the weight of barium sulphate.

The purpose of the experiment is to quantitatively determine the amount of sulphate, in barium sulphate, by the gravimetric method. 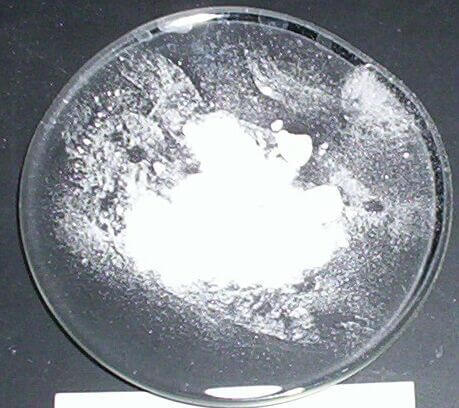 This experiment also demonstrates the concept of stoichiometry. Stoichiometry is the determination of the proportions in which chemical elements combine and the mass relations in any chemical reaction. Also known as mass analysis, gravimetric analysis is used to determine an analyte by selective precipitation of the substance from an aqueous solution. The analyte, in this case, is sulphate.

Veritably, gravimetric analysis was used to conclude the atomic masses of many elements to a six-figure accuracy. Another advantage is that this method also provides for very little room of instrumental error and does not need a series of standards for the calculation of an unknown substance. Usually, the method does not involve the usage of expensive equipment. Because of its high degree of accuracy, when gravimetric analysis is performed correctly, it can also be used to calibrate other instruments instead of reference standards.However, gravimetric analysis generally caters for the analysis of either a single element, or a limited group of elements, at a time.

Thus, it is incapable of analysing multiple elements concurrently. The methods are usually quite complicated as well, and even the most trival mistake in a procedure can lead to disaster in the analysis. For example, if a colloid was to be formed during precipitation gravimetry, the results would be deeply affected, calling for inaccuracy. Therefore, by comparison, hardy methods such as spectrophotometry provide for a much more efficient analyses.

Weight of crucible with the precipitate: 14.

Experimental errors might have occurred during the experiment, causing inaccuracy of results. For example, poor techniques might have been used when weighing the sample and handling the equipment. Although the scales used in the experiment were accurate to 0.

001 grams, small amounts of errors to the masses obtained might affect the weight of the precipitate. For instance, during the handling of the glassware, if we were not cautious enough and touched them with our bare hands, there might be a change in the composition of the weighing form as sweat on the hands could contaminate reagents.Another error that could have occurred was the parallax error. This could have caused the inaccuracy in the weighing of the limiting reactant and the precipitate formed would also be inaccurate. Failure to collect all the precipitate was also a possible source of error.

During handling, any substance that were dropped or had an atmospheric loss would result in a lower yield of product. Having to transfer all the precipitate to the glassware was no easy task either, even with the help of the rubber policeman which aided in the scrubbing off of traces of precipitate on the wall of the beaker.Thus, any precipitate that was not transferred would result in a low final mass of barium sulphate measured. Another factor that might have contributed to the experimental errors was the imperfection of the filtering process. When carrying out filtration, the position of the filter paper was not sitting flat on the crucible and as a result, a small amount of precipitate would have failed to be filtered off and passed through the filter paper, causing a lower amount of solid precipitate at the end of the experiment.Also, due to time constraints, we could not carry out the vacuum filtration for a third time to ensure that the solution was completely filtrated.

Hence, some of the precipitate that might be in the flask was thrown away. An important assumption made was that the inevitable loss of material did not affect the overall accuracy of the technique. So as to obtain better results, these errors can be avoided by repeating the vacuum filtration for at least more than two times, so that the maximum amount of precipitate can be collected.Extending the time for drying and cooling should lead to the removal of moisture content before weighing. The proper way of handling glassware as the experiment is to the highest degree of accuracy in gravimetric analysis.

One should also aware and alert when handling concentrated hydrochloric in the fumehood. This is because the acid is extremely corrosive and wearing gloves upon handling the hot equipment, such as the oven, is necessary to avoid accidents from occurring.

As there were experimental errors made during the gravimetric analysis, the purity of the sulphate is affected. As the compounds that were precipitated were insoluble, insignificant errors might have resulted from the incompleteness of the precipitation. However, to get an extensively pure precipitate that is the precise composition of its chemical formula is rather challenging and this subjects the methods of gravimetric analysis to some degree of error. Hence, the results of the experiment were not satisfactory due to the mentioned experimental errors.