Barack Obama: Back to School

The President of America, Barack Obama held the speech named “Back to School” at Wakefield High School in Virginia on September 8th, 2009. The speech concerns the importance and prominence of education and good will, and encourages the students to do their best in school.

This paper includes an analysis and interpretation of the speech’s main points, followed by a rhetorical analysis.

One of the main statements in the speech is the declaration of how education determines whether the United States of America will be able to meet its major hallenges in the future. Obama argues that, the skills taught in class are the ones the youngsters will be depending on further on in life. And he insists that these abilities must be developed, in order to solve the problems the nation will face in the future. He uses refutation when making his point, by stating that he is aware of how doing well in school can be difficult at times, and that life does come with complications.

By doing this, Obama ensures that he retains a realistic view on education, making it easier for the students to relate to his statement.

Another fundamental statement in the speech is that everyone has a talent, and something to contribute with. Therefore everyone also possesses a responsibility. This serves well as a corroborative statement, as it recalls the importance of education. To make his point clear, he employs real-life stories to underpin his claim. 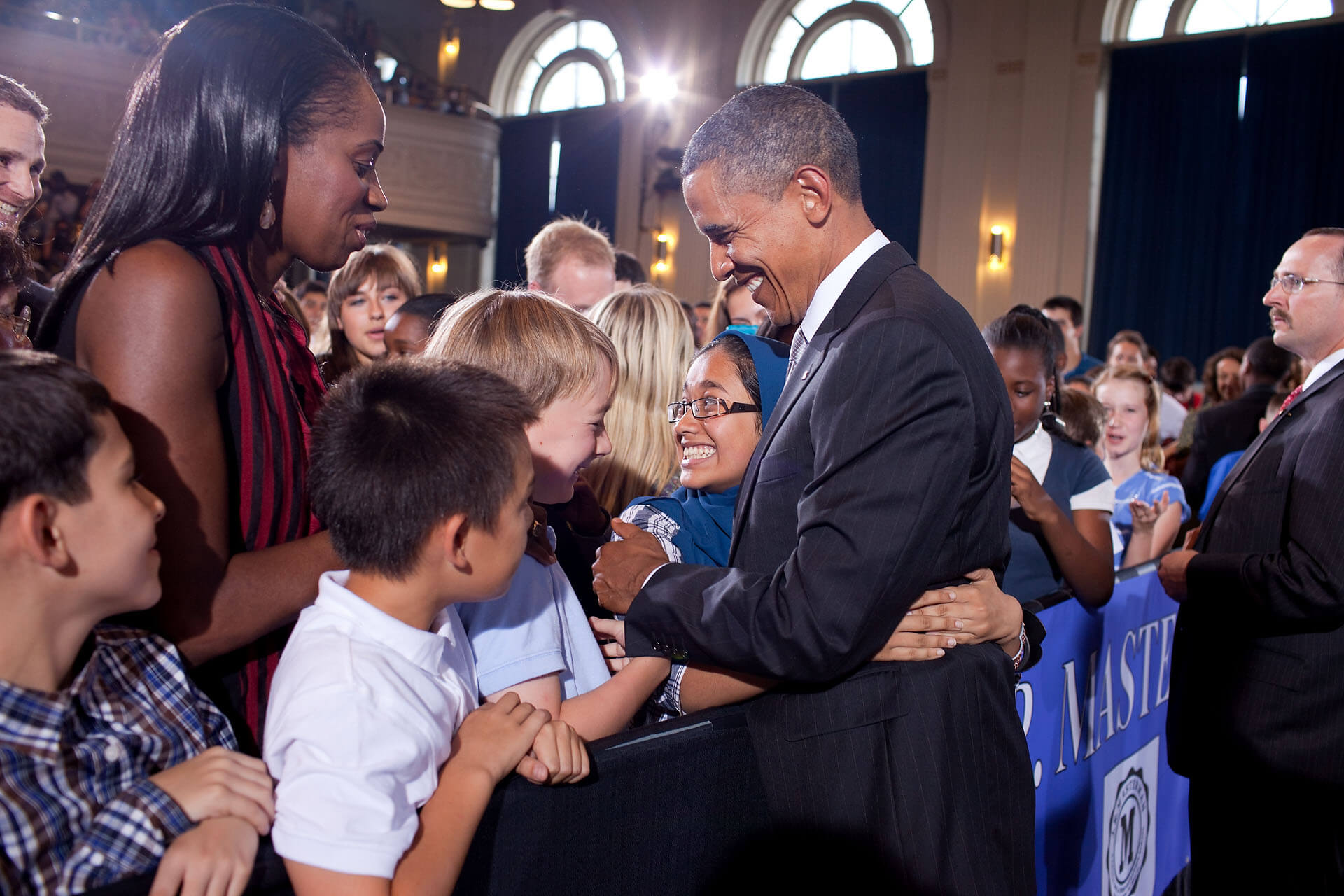 He conveys the stories of people who faced challenges, but chose to fght hard, and succeeded. These stories are addressed to the youngsters receiving the speech, encouraging them to step up their game, and work harder in order to succeed. Furthermore, he incorporates stories from his own childhood and teenage years, making it easier for the youngsters to identify with Obama. This identification makes Obama a furthermore reliable character and front-person, which is advantageous for his argument, in order for it to shine through.

Obama similarly articulates the stories of idols such as J.

K. Rowling in his speech, perfect examples of the hard work paying off. A rhetorical analysis of the speech is applicable. Since the speech was delivered verbally, and not in script there are several rhetorical means, whose significance is reat when it comes to how the speech is received by the audience. Barack Obama starts his speech by greeting his audience with a casual greet: “Hello everyone -hows everyone doing today? making him identifiable for the crowd of youngsters receiving the speech. This is an important thing to note, since it tells something about how the president would like to be viewed upon among the youngsters, and it is clearly visible that he wants them to see him as their equal, and not as someone high above them, the first line that he is trying to level with his audience, the young students, despite f his status.

Furthermore he uses the term “l know’, and almost turns it into a phrase.

With this phrase, which appears several times through the text, he indicates to the audience that he too is human and can identify with their feelings and thoughts. He uses the form of appeal named pathos in the same section, where he emphasizes how his mother didn’t have the money to send him to the American school. This again makes him appear as a person like everyone else, and this strengthens how genuine he appears. In line 20, he changes from this role as a riend, back to his authority as the president of the nation, and clearly changes his choice of words.

It is a sudden change, and is very clear in the sentence “I’m here today because I have something important to discuss with you”.

The speech is filled with stylistic effects, such as modes of persuasion, reiteration and claptraps. All of the three common modes of persuasion; ethos, logos and pathos, occurs throughout the speech. Ethos appears when Obama in the start chooses to make himself identifiable for the crowd, making him a furthermore reliable speaker and guide.

Ethos is therefore important for Obamas message since, without this identification, it would be accepted more difficultly. Logos appears many times in the speech, as the president tries to appeal to the reason and sanity of the audience. This is very visible in the section where he claims, “you can’t drop out of school and Just drop into a good job.

YouVe got to work for it and train for it and learn for it”. The third mode of persuasion, pathos, also plays a significant role in the speech. As mentioned earlier, it s used when Obama talks about his own childhood.

This communication technique is used in order to awaken emotion in the audience, to induce them to make the judgement or decision desired. Furthermore reiteration is a returning factor in the speech, and occurs in approximately every section of the speech. This helps the audience focus on the main message of the speech, and creates diversity in the language.

The most conspicuous message function the speech is written in is the directive language function. This is observable since the focus of the speech is on the eceiver of the message, the audience, and not on the sender.

The formality level of the speech is neutral, with standard diction and few spoken words. This is important, since the receivers of the speech need to be able to maintain their interest and not be bored by difficult terms. It’s the combination of good argumentation and great political rhetoric that makes this speech very well-known, and interesting to work with. Barack Obama is known world-wide as an extraordinary orator, and this is very visible in the speech “Back to School”.