Company: Lanner GroupCustomer: Birmingham International AirportSubmitted by: Taurus Public RelationsBusiness simulation and modelling have helped Birmingham International Airport (BIA) to plan a £260 million five-year redevelopment programme. BIA selected Lanner’s WITNESS simulation tool because it offered the flexibility required to build simulations that provided meaningful results with insight into a number of business processes and operations. “We were impressed by Witness because it allows us to develop models right down to individual passenger level which means it’s very flexible and gives us the sort of detail we need,” says Wayne Smith, BIA’s Business Analysis Manager.

It employs more than 800 staff although many thousands more work for the individual airlines and the businesses that support them. The redevelopment should see passenger numbers rise beyond 10 million within the next five years. Faced with the prospect of dramatic growth in passenger numbers, BIA’s managers needed to be sure that existing and planned facilities could cope with the anticipated throughput and that the airport would continue to surpass its service standard commitments. Although additional facilities help process more passengers, cost and space limitations mean that efficiency gains are also required. The need to spend capital investment wisely and maintain normal operations during the redevelopment added pressure to use every available piece of information to help with planning and decision making. 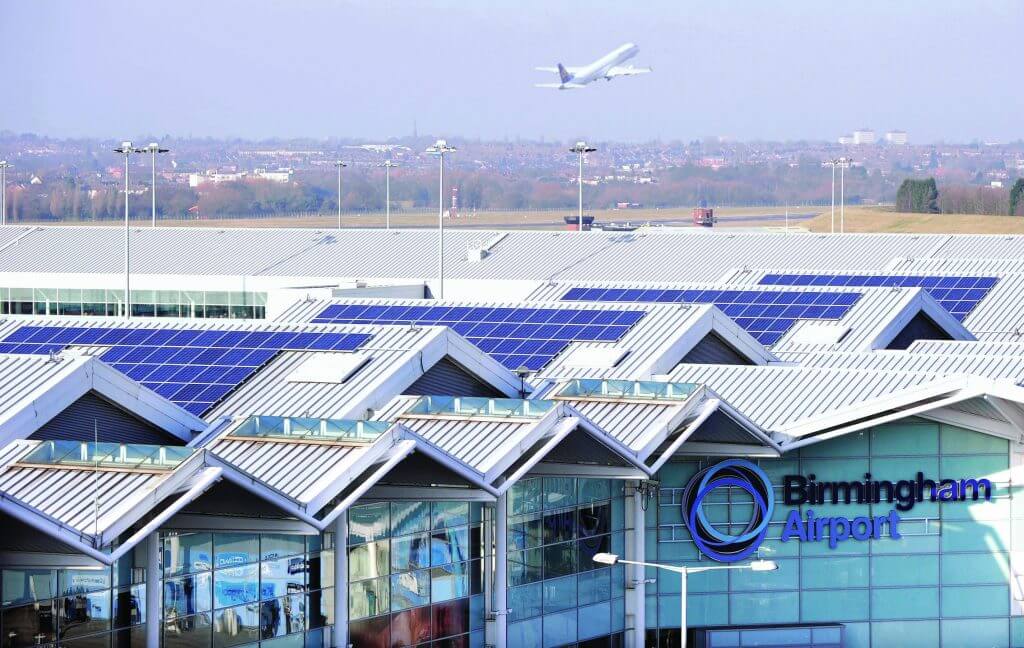 “Simulation allows us to view and try out ideas before putting them in place, whether it’s a new or existing facility,” says Wayne Smith. “Staff intuitively knew that the airport was busy at particular times of the day or week, such as Friday mornings, but we needed a way of predicting the effect of passenger flows.” BIA wanted to know about the current and expected capacity of the departures and arrivals facilities, the effects of reconfiguring them and the best way of implementing and configuring additional infrastructure. In practice this meant seeing how many people are in a particular area at any given time, how much space is used, what bottlenecks occur and where.The airport was also concerned about how any changes would affect its service standards, as measured by queue lengths and queuing times.

“Some simulation systems are specifically designed for airports but most of these provide limited detail,” says Wayne Smith. “With Witness, you are buying a simulation environment and it’s relatively inexpensive compared with other packages.” Wayne Smith worked with Helen McCluskey of the airport’s Operations Planning department to develop the simulation models.

BIA’s first model was designed to assess flight check-in facilities. There are currently 58 check-in desks, each of which is allocated to specific airlines and flights according to a set of established rules. The model was designed to verify assumptions about the existing check-in configuration and test the likely impact of the additional desks planned as part of the overall airport development.

In particular, managers wanted to know how full the departure concourse would become, the likely length of queues and the potential load on the baggage handling system. The model was used to test a number of passenger profiles, including those for North American, long haul charter, short haul charter, European and domestic flights. Analysis of the profiles revealed that the peak for check-ins occurred at different times before departure for each type of flight. “The check-in model predicted that the new check-in area would cope with predicted passenger numbers – and it did,” says Helen McCluskey. The business case for investment was proved using simulation without disruptive changes and without impacting service to passengers.

THE ARRIVAL OF A NEW MODEL

The check-in project was followed by a more complex exercise: the creation of a model to predict passenger arrivals capacity.

Unlike the check-in application, this was a wholly predictive model that would be used to help plan and configure the airport’s new arrivals area, a key part of the overall development. The entire area was being enlarged and existing infrastructure modified extensively. “Our biggest concern was baggage reclaim, which incorporated two conveyor belts in the normal arrivals lounge and two in the customs area,” says Helen McCluskey. A number of factors affect the time taken to retrieve baggage from a flight, including offloading, transportation from aircraft to terminal, checks by customs and the number of people waiting at the conveyor pick-up points. The model took these and other factors into account to provide information that was used to devise a new layout for the arrivals area and the baggage reclaim. Layouts were extensively tested in simulation before the selected design was successfully implemented.

The objective of using simulation was to provide managers with predictive information with which to make informed decisions related to the development of the airport. It was vital that the management team understood the capabilities of the simulation and had confidence in the information it would provide. Once management had seen simulation in action, they had confidence in the model to produce accurate results; Subsequently the planning team provided reports that interpreted the results of modeling.

“Each model is run with a range of scenarios to see the different effects,” says Wayne Smith. “For example, we tested the check-in model with various desk allocation parameters to see what would happen if we changed the number or location. We also tried a number of ‘what if’ scenarios.” Another important use of simulation has been to monitor and verify the proposals made by the contractors and consultants involved with the airport redevelopment. Many of these use their own simulation programs and BIA has been able to use its own models to confirm or query the results presented to them.

“Comparison with consultants and contractors has helped immensely because if the models agreed this was a good sign but if there was a disagreement we could add an explanation to the management report,” says Wayne Smith. “When discrepancies do occur it’s usually because the consultant or contractor averages out the initial inputs which leads to some loss of detail.”

WITNESS ON THE STAND

Witness has also been used in some unexpected areas. For example, BIA wanted to know how many stands (aircraft parking spaces) would be in use during any given 15 minute time slot. This is an important consideration when designing the terminal buildings and the layout of the apron as it affects the number of flights that can be handled. The results of this model enabled the layout of the apron to be finalised.

MORE MODELS IN THE FUTURE

A key concern in airports is how to reduce the check-in times to help increase efficiency and passenger throughout. Witness is currently being used to model twelve proposed check-in desks. It has also been used to test a number of scenarios, including opening additional desks dynamically to cope with passenger peaks, the effect of opening multiple but non-adjacent desks and increased use of automated check-in systems. In another project, a predictive model is being prepared to investigate changes in the main terminal to segregate passengers in transit with those arriving or departing. As with many projects, there are strict time limits and a quick solution is required.”The strength of Witness is also its weakness,” says Wayne Smith.

“It is a total development package which is wonderful for us but other people may not like the idea of preparing their own models and simulations.” This is borne out by the experience of other Lanner Group clients, who value the rapid delivery and short learning period of turnkey simulation-based applications. These are offered by Lanner to complement Witness, the firm’s generic simulation tool.Simulation has been such a success that Wayne Smith, Helen McCluskey and their colleagues are now being asked to prepare more simulations and in a shorter timescales. In the long term their objective is build a set of models that cover all of the main operations at the airport.