Hank is sitting in his apartment eating a pint of Ben and Jerry Cherry Garcia ice cream and contemplating this past week, which has been stressful. He is five feet six inches tall and weighs 250 pounds. Today he saw a therapist about his weight for the first time, something he had been considering after yet another Oman decided not to continue a relationship with him. After Just two dates, Sally told Hank they should not see each other anymore because they were incompatible.

Sally and Hank had met through a chat room espousing the virtues of Macs over PC’s, ND Hank became impressed with Sally knowledge of computers and software. After chatting a few times on the computer, Sally and Hank found that they lived in the same city and both were single. Because they seemed to have their love of computers n common, they both thought it would be nice to get to know each other better. They met for drinks at a mutually agreed upon bar and then went out to dinner. The date did not go as well as Sally had hoped, and one could understand Sally view.

She tends to be a calm, friendly person with an aversion to conflict.

Hank, however, tends to be quite sarcastic and often says offensive things. For example, Hank made an unkind comment about Sally occupation. She is an insurance saleswoman and he implied that she tries to rip off other people by feasting on their insecurities and selling them insurance they do not need. Other examples of his verbal insensitivity Include Hank berating the waiter at the restaurant because he was dissatisfied with the service. 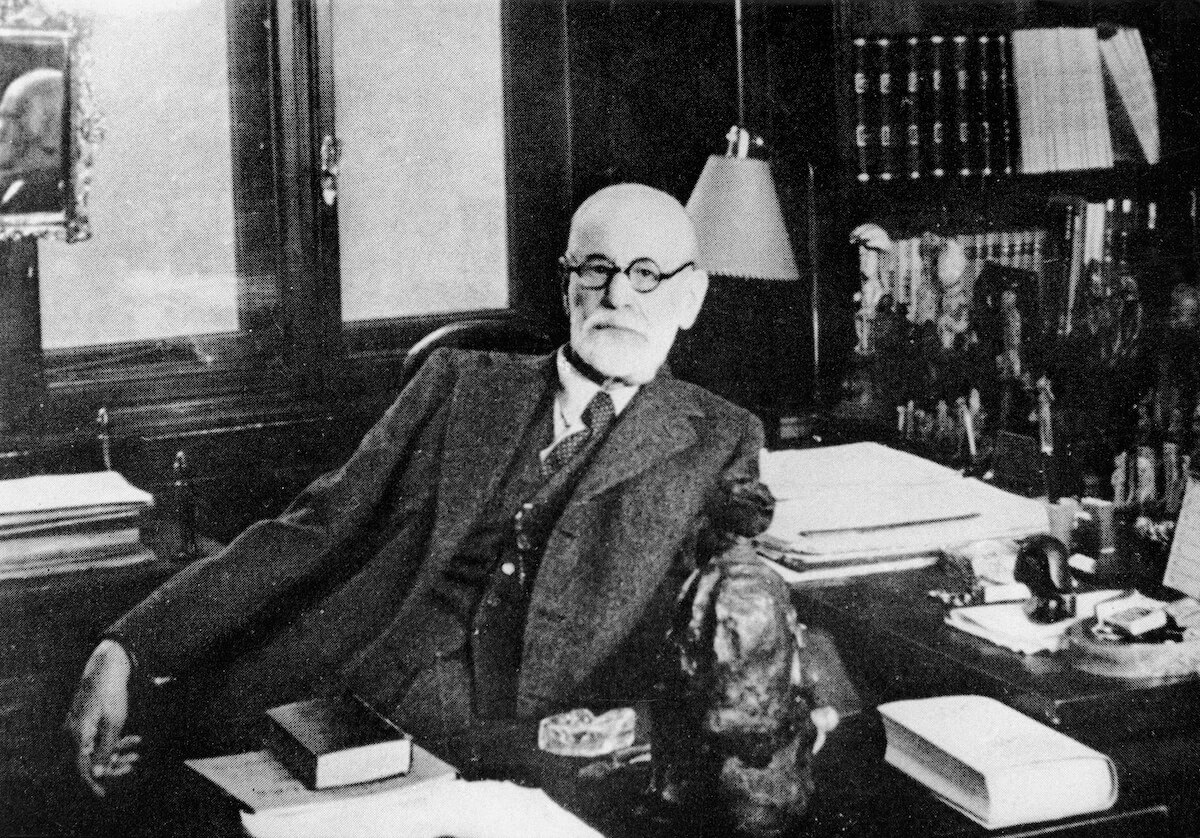 Hank became so loud that everyone at the restaurant stopped talking to Match Hank and Sally. Sally was mortified. Far from being occasional, these verbal outbursts seemed to be the norm because Hank engaged in similar behavior on their second date when they went to a computer show. Hank got into an argument with one of the exhibitors about which graphics software package was better. Unfortunately, Hank has always been sarcastic and his biting comments alienated him from his peers, even as a child.

When he was growing up, he had difficulty establishing relationships. Friendships were practically nonexistent for Hank. As a Child, while all the other kids were hanging out with their best friends and interacting n groups, Hank was learning to use the computer, which now places him at an advantage in his line of work. Hank has other annoying habits that tend to alienate Others, including Sally. For example, he often chews his fingernails when he is nervous.

Although minor, this tendency repulsed Sally. In addition, he is a chain smoker, and Sally is a nonsmoker.

Hank, however, thought that Sally broke up with him because of his weight problem and soothed his ego by telling himself that she Nas a very shallow person indeed if she could not see past his appearance and value his personality. After all, his weight was probably partly genetic: his Manhole family was somewhat overweight, including his father, mother, and siblings. He also suggested to others that he was about to break up with her rationalization.

The week after his breakup with Sally, Hank started experiencing chest pains. After a trip to the emergency room, Hank found out that he had a heart problem. The doctor told him that en must stop smoking, lose weight, change his eating habits, and start an exercise program. Otherwise, he was headed for a heart attack that he might not survive. This was certainly good advice.

Hank continuously had something in his mouth, either food or cigarettes. He especially ate and smoked lot when he was nervous. This news about his health was especially disturbing to Hank because he is relatively young. He is a Caucasian man, only 33 years old.

And so Hank was scared into considering seeing a therapist to help him lose weight to improve his health.

During his first visit to the therapist, the therapist described himself as psychedelically oriented and then continued to describe the types of experiences that would occur in the therapy process. Hank felt confidence in the therapist by the end of the session and decided to continue so he would lose weight and become healthier. Hank also thought about the trying week he had at Nor. As an employee of an advertising firm, Hank worked primarily with computers.

He was the person others went to when they had a computer or software question. A Inch at computer graphics, Hank designed and maintains the firm’s Web page.

Occasionally, he met with clients or potential clients, but his boss usually assigned this duty to other members of the firm. This week, however, his boss asked Hank to meet with a potential client, primarily because the people who usually did so were too busy working to meet a deadline on a different advertising campaign and because other members of the firm were out with the flu.

Apparently, the meeting did not go well because shortly afterward his boss called Hank in and chewed him out, stating that his potential client called Hank a loud-mouthed, belligerent credit. Hank couldn’t figure out where this opinion came from; he thought the meeting went pretty well. Sure, he told the client that their health food products were tasteless and that the portions were too small, but the Jerk kept self-righteously promoting weight loss and healthy eating. Someone had to put him in his place, Hank thought.

His mother often scribed Hank in terms that implied that he had been loud even as a baby. His cries used to pierce the air, and his mother would often rush to make a bottle for Hank or give him a cookie to regain some peace and quiet, even when she could not understand why he was hungry because he had eaten so recently. She laughs about it now, but it was stressful at the time. The ice cream started to make Hank feel better, more relaxed, and once he finished off the pint, he pulled out a cigarette and lit it. The first inhale also helped to reduce the tension he was feeling.

He hoped that the next week would be better.

Hank wished that his co-workers would appreciate him and offer him friendship. When he was younger, he thought that by becoming DOD at computers, and being able to answer other people’s questions about computers, he would be able to make contact with others and form the close relationships that other people do, but so far, this strategy has been unsuccessful. More than anything, Hank Niches a woman would fall in love with him. He thinks that love will solve all his problems: he would not be lonely anymore, and he Mould be able to lose weight and quit smoking, too, if he Just had the love of a woman the over-protected child might resist maturation and return to dependence upon others in fulfilling his or her needs.

Application Questions Use Fraud’s states of consciousness and stages of psychosocial development to help explain hank’s behavior by answering the following questions.

Explain the motivation. 3. Find an example of a Freudian defense mechanism that Hank uses in this description.

Explain it. 4. Find an example of regression in this case study.

Would a Freudian therapist ‘IEEE Hanks weight problem as a behavioral problem, in and of itself, or as a symptom of another problem?

Explain. 6. What therapeutic techniques would a Freudian therapist, like the one in the case study, likely use? What state of consciousness Mould be the focus of therapy? How does the healing/improvement occur during Freudian therapy? Freud believed the individual would have issues with dependency or aggression.

Hank has an Oral receptive personality: preoccupied with eating/drinking and reduces tension through oral activity such as eating, drinking, smoking, and/or biting ails. People of this type of personality are generally passive, needy and sensitive to rejection.

For example, the article states “he often chews his fingernails when he is nervous” and he is a chain smoker: “The first inhale also helped to reduce the tension he was feeling”.

According to Freudian perspectives Hank is fixated at the oral stage. ‘Hank continuously had something in his mouth, either food or cigarettes. He especially ate and smoked a lot when he was nervous”. And even when he was a baby “his mother would often rush to make a bottle for Hank or give him a cookie to again some peace and quiet”, he would even cry after he was previously fed which led to the cause of fixation. The cause of this fixation is, according to Freud, if a baby gets too much or too little oral stimulation the baby might be permanently affected.

This person is trying to recapture a lost paradise in the oral stage, or perhaps making Jp for deficiencies in gratification during that stage. Either way, the person IS fixated at the oral stage, unable to grow past it. The result, Freud said, was an oral personality. Freudian theory describes Hanks eating and argumentative behaviors as being internally motivated. Since Hank is orally fixated his behaviors are directly related to the internal locus of control.

Internal locus of control is the belief that events in one’s life are caused by controllable factors.

One example off Freudian defense mechanism that Hank uses is projection. For instance, “Hank, however, thought that Sally broke up with him because of his weight problem and soothed his ego by telling himself that she was a very shallow person indeed if she could not see past his appearance and value his personality’. Hank doesn’t realize that the real reason Sally broke up with him was because his action and personality, and instead f realizing that, he projects it onto Sally.

He is displeased with his appearance and feels that his weight and smoking problem is the result that a women has not fallen n love with him. An example of regression is when Hank would develop anxiety and return to oral fixation for comfort, “The ice cream started to make Hank feel better, more relaxed, and once he finished off the pint, he pulled out a cigarette and lit it”.

Also when his mother would make him a bottle or give him a cookie to stop crying, is another example of regression. A Freudian therapist would view Hanks weight robber as behavioral problem and as a symptom of another problem.

Hanks behavior problem is that he does not handle his anxiety/stress’s well. For his symptoms it would be smoking, eating, and biting his finger nails. Some therapeutic techniques a Freudian therapist would use would be free association and then dream analysis for unconscious behavior.

Like the one in the case study he would most likely use dream analysis to focus on hidden meanings of the dream. The state of consciousness that would be used to focus in therapy is the unconscious. The healing/improvement occur during Freudian therapy through self-help.