Philip Morris International Inc. is an American multinational cigarette and tobacco manufacturing company, with products sold in over 180 countries outside the United States. The most recognized and best selling product of the company is Marlboro.

Until a spin-off in March 2008, Philip Morris International was an operating company of Altria Group. Altria explained the spin-off, arguing PMI would have more “freedom” outside the constraints of US corporate ownership in terms of potential litigation and legislative restrictions to “pursue sales growth in emerging markets.”, while Altria focuses on the United States. The shareholders in Altria at the time were given shares in PMI, which was listed on the London Stock Exchange and other markets.

The company’s headquarters are in New York City. It does not operate in the United States; Philip Morris USA, a subsidiary of PMI’s former owner Altria, owns the Philip Morris brands there.

With tobacco being addictive and the single greatest cause of preventable death globally, the company is highly controversial. It has been the subject of litigation and restrictive legislation from governments.

With the world-wide decrease in smoking in the 21st century, shares of Philip Morris were no longer considered the “safe haven” they once were. The company ranked No. 108 in the 2018 Fortune 500 list of the largest United States corporations by total revenue. 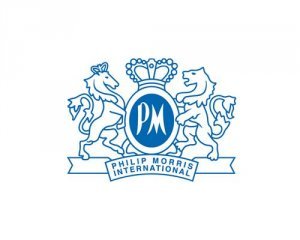