Twitter, Inc. is an American online news and social networking service on which users post and interact with messages known as “tweets”. Tweets were originally restricted to 140 characters, but on November 7, 2017, this limit was doubled for all languages except Chinese, Japanese, and Korean. Registered users can post, like, and retweet tweets, but unregistered users can only read them. Users access Twitter through its website interface, through Short Message Service (SMS) or its mobile-device application software (“app”).Twitter, Inc. is based in San Francisco, California, and has more than 25 offices around the world.

Twitter was created in March 2006 by Jack Dorsey, Noah Glass, Biz Stone, and Evan Williams and launched in July of that year. The service rapidly gained worldwide popularity. In 2012, more than 100 million users posted 340 million tweets a day, and the service handled an average of 1.6 billion search queries per day. In 2013, it was one of the ten most-visited websites and has been described as “the SMS of the Internet”. As of 2016, Twitter had more than 319 million monthly active users. Since 2015, and continuing into 2016 and future years, Twitter has also been the home of debates, and news covering Politics of the United States, especially during the 2016 U.S. presidential election, Brett Kavanaugh Supreme Court Nomination, and 2018 United States Midterms, with Twitter proved to be the largest source of breaking news on the day of the 2016 election, with 40 million election-related tweets sent by 10:00 p.m. (Eastern Time) that day. 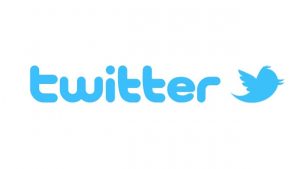