YouTube, LLC is an American video-sharing website headquartered in San Bruno, California. Three former PayPal employees—Chad Hurley, Steve Chen, and Jawed Karim—created the service in February 2005. Google bought the site in November 2006 for US$1.65 billion; YouTube now operates as one of Google’s subsidiaries.

YouTube allows users to upload, view, rate, share, add to favorites, report, comment on videos, and subscribe to other users. It offers a wide variety of user-generated and corporate media videos. Available content includes video clips, TV show clips, music videos, short and documentary films, audio recordings, movie trailers, live streams, and other content such as video blogging, short original videos, and educational videos. Most of the content on YouTube is uploaded by individuals, but media corporations including CBS, the BBC, Vevo, and Hulu offer some of their material via YouTube as part of the YouTube partnership program. Unregistered users can only watch videos on the site, while registered users are permitted to upload an unlimited number of videos and add comments to videos. Videos deemed potentially inappropriate are available only to registered users affirming themselves to be at least 18 years old.

YouTube earns advertising revenue from Google AdSense, a program which targets ads according to site content and audience. The vast majority of its videos are free to view, but there are exceptions, including subscription-based premium channels, film rentals, as well as YouTube Premium, a subscription service offering ad-free access to the website and access to exclusive content made in partnership with existing users.

As of February 2017, there were more than 400 hours of content uploaded to YouTube each minute, and one billion hours of content being watched on YouTube every day. As of August 2018, the website is ranked as the second-most popular site in the world, according to Alexa Internet. 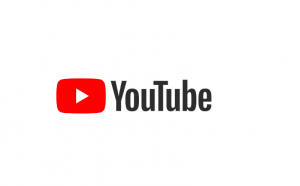