Toshiba was founded in 1939 as Tokyo Shibaura Denki K.K. through the merger of Shibaura Seisaku-sho (founded in 1875) and Tokyo Denki (founded in 1890). The company name was officially changed to Toshiba Corporation in 1978.

Toshiba is organized into four groupings: the Digital Products Group, the Electronic Devices Group, the Home Appliances Group and the Social Infrastructure Group. It is listed on the Tokyo Stock Exchange, where it is a constituent of the Nikkei 225 and TOPIX indices, the Osaka Securities Exchange and the Nagoya Stock Exchange. Toshiba is the ninth largest semiconductor manufacturer in the world.

On 11 April 2017, Toshiba filed unaudited quarterly results because of uncertainties at Westinghouse, which had filed for Chapter 11 bankruptcy protection. Toshiba stated that “substantial doubt about the company’s ability to continue as a going concern exists”. 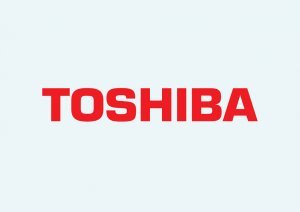