Four Seasons does not own any of its properties; it operates them on behalf of real estate owners and developers. The contracts between Four Seasons and property owners typically permit the company to participate in the design of the property and run it with nearly total control over every aspect of the operation.

Four Seasons generally earns three percent of the gross income and about five percent of profits from the properties it operates, and the property owners are required to additionally contribute money for chain-wide sales, marketing and reservations systems. Four Seasons hotels have larger staffs than competing chains, and the company maintains separate reserve accounts for each hotel to cover upkeep costs. Profit margins are relatively low, but the brand attracts developers through the hotels’ reputation as solid assets for loan collateral or resale. Four Seasons also produces a complimentary magazine for guests that is supported by advertising revenue. Four Seasons has a fractional ownership division, Four Seasons Residence Clubs. 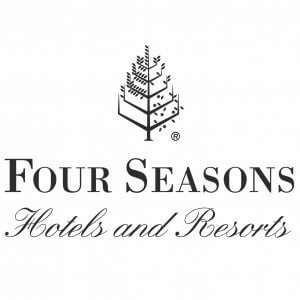