Precious’ abuse started as an Infant when she was molested and raped by her father as her mother knowingly allowed this abuse to occur. These rapes continued until Precious was 16 years old. Precious’ home was full of domestic violence and she was verbally, physically, and emotionally abused. Not only is Precious abused by her mother but she is virtually treated as a slave as her mother is totally dependent on precious. Precious was the victim of incest, and impregnated twice by her father.

Even In her community she Is physically assaulted and made fun of, causing her to have low self-esteem.

As If this abuse wasn’t enough, Precious ultimately contracts HIVE from her infected father. Formal and Informal Supports Formal supports usually consist of government and private agencies and organizations set up to assist people in the community with their needs. Some of the formal supports in Precious’ life include: Teachers Welfare worker Nurse John Internal supports generally consist AT Tamely, Eternal Ana collocates. Precious doesn’t have many informal supports in her life.

The students at her alternative school who become her friends represent the informal support in her life.

There were many “red flags”, or warning signs that there were problems in Precious’ life that needed to be addressed or at the very least noticed. Some of the red flags for Precious Jones included: Poverty Illiteracy Morbid obesity Demeanor Lack of parental involvement in school Fear of school staff coming to her home The fact that Precious was pregnant twice by the age of 16 Any one of these red flags could have led to the discovery of the abuse being inflicted on precious. The fact that so many red flags went unnoticed for so long is devastating s it could have literally saved this young girls life. 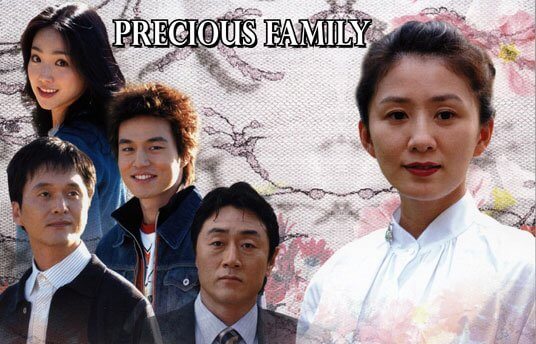 Precious is a survivor and the strength she demonstrated both physically and mentally is amazing. She has learned to disassociate herself when her father is raping her. No matter how much she gets beat down by the people in her life, her strong will and determination rise above and keep her going. She has the ability to see past her present situation and focus on the future and the way she wants her life to be.

She wants to graduate, go to college and be a good mother to her children.

Five threaten I see in precious and her family are the following:

Experienced Throughout her life Precious is subject to copious amounts of abuse and trauma. This has caused Precious herself to exhibit aggressive and violent behavior. For example there are times in the movie where she is aggressive towards a student for Ewing disrespectful to her favorite teacher. She also slaps another student for embarrassing her and also hits the young girl in her apartment building when she is feeling annoyed by the girl. Although Precious doesn’t partake in drugs or alcohol she is subjected to its effects as her mother is a smoker and a drinker.

Precious is physically abused by her mother almost daily. She is slapped, kicked and has things thrown at her. Precious is also sexually assaulted regularly by her father and sexually molested by her mother. Although it was not shown one could assume Precious has witnessed violence between her mother and father.

Rain as the multidisciplinary team member I would like to portray. Ms. Rain becomes more than a teacher to Precious. She represents the mother figure she so desperately wants to have, the sophisticated women she strives to become, and someone she can count on for once in her life. Ms. Rain responded to Precious’ low self-esteem by empowering her through learning.

She taught near now to socialize wilt toners Day creating a classroom environment Tanat required it. Ms. Rain becomes a trustworthy confidant through the Journal writings which allow Precious to start to come to terms with the things that have to her. Ms. Rain becomes a protector for precious, she helps her when she has nowhere to go and protects her from having to go back to her abusive mother.

Ms. Rain responds to Precious needs, however I feel as though she could have been more proactive. As a teacher with a focus on such a small group of girls I would hope that I would have noticed and responded more aggressively to the red flags that were apparent. For example, why is this 16 year old girl illiterate?

What is going on her family that has allowed this to happen? Why is Precious so obese? Does she have an eating disorder, if so what could be the cause? Precious’ mother didn’t help provide necessary paperwork for school and didn’t come see her receive her award. Why is there such a lack in parental involvement? How about the fact that Precious has been pregnant twice by the age of 16.

Where are the baby’s fathers? Who are the fathers? The biggest travesty of all is that even after Precious states in her Journal that her father was her children’s father no outside agency was notified.

As a teacher o must report child abuse and notify the appropriate authority when a crime is committed against a child, however, nothing was done to remove precious from her mother’s home until she came home from the hospital with Abdul. If I had been in Ms. Rain’s shoes I would hope that I would have wanted answers to these questions and had the instinct to know that this was not the typical inner city teenage struggling with poverty and issues common in an urban society. I hopefully would have been able to realize it was something more, something life threatening that needed immediate attention.

I would have reported my concerns to child services and demanded answers.

After reading about the incest in the Journal I would never have allowed Precious to return home.

The questions I would ask Precious and her mother would be as follows:

My questions would hopefully communicate general concern for Precious’ safety as well as let her know that I will protect her and ensure that the abuse stops.

My questions to Precious’ mother would hopefully allow me to see her raw reaction, her demeanor and how she handles stress. Eventually, Precious’ abuse was exposed a child protective services steps in to remove her from the home. She is placed in some type of shelter and provided with services that provide her with the ability to continue her education while adequately raising her child.

Some of the agencies I would have recommended to Precious for services would De ten Toweling:

The only thing I believe could have been done differently would have been early Intervention for Precious’ mother so that she could have been offered support that may have given her the ability to be a better parent and to protect her child from the abuse that would alter her life. I would also have liked to have seen the formal supports in Precious life do their Jobs more effectively. The school system should have noticed there was a problem at home, DASH should have been more interactive once presented with so many red flags in this family.

Family like Precious’ grandmother should have stepped up and protected this child and notified proper authorities that something was not right at home.

Everyone failed this child. The lesson I walk away with is that we need to open our eyes as a society as a whole. We need to be observant to our neighbors, children’s friends and any other children we come into contact with. The community needs to take responsibility for what is going on around us, look for the signs that something is wrong and do not fear getting involved. We are these kids best chance, each of us has the ability to be a child’s hero.