In this first case study, we will review both the Internal and external Issues effecting Robin Hood and his Mermen within Sherwood Forest. This report will shine a light on their problems and issues, provide an analysis of the group as a whole, and then outline a strategy to alleviate their troubles. Robin Hood and his Merriment’s hierarchy and mission are evidence of a very simple business model.

Their business mission is simply put, “rob the rich and give o the poor,” which is familiar from our childhood.

Obviously, Robin Hood presides at the top and oversees all of his lieutenants whose Jobs range from Intelligence and scouting, to Internal operations and training, to finances or supplying food and materials. The troubling times in Sherwood Forest can be broken up into problems and issues. The simple problems are comprised of mainly internal dilemmas including, declining vigilance, enforcing discipline, scarce food and depleting forest supplies.

The major issues that are out of Robin Hood’s control Include, his current Insurrection, the Sheriff of Nottingham growing strength, his competitions powerful backing, the vicious and volatile nature of his rival, and King Richards imprisonment. Robin Hood’s current situation can easily be categorized under the Five Forces Model of Competition from chapter three, including buyers, new entrants, suppliers and resources, substitute products, and most importantly, rivalry with his competitors. 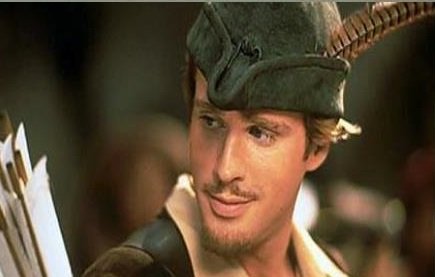 In proportioning the highest-level threats to the Mermen, we can easily see that the Sheriff and Prince John are the most direct rivals. They are the mall cause of Robin Hood’s insurrection and require the complete attention of a lieutenant with constant shadowing and scouting. The second most prominent threat is competitive pressure stemming from suppliers being cut off by the Sheriff and Prince John. Suppliers that provide supplies and goods to Robin Hood and his Mermen can, at any time, be chastised for their opposition to the current regime, which would drastically Impact the support for the band.

These two threats of competing rivals and cut off suppliers are the mall forces of competition between Robin Hood’s insurrection and the Sheriff. The other three forces of competition do not pose a major threat because the Mermen are the only available substitute products, and the buyers are much worse off without them. In this case study, the following section will use SOOT analysis to appraise the Merriment’s Internal strengths Ana weaknesses as well as tenet external opportunities and threats.

After reviewing the material, it was easy to conclude that some of these aspects were closely related, if not in direct connection with each other. The largest resource used by the Mermen is simply their manpower, as their strength lies in numbers and they seem to be growing at an alarming rate.

Other strengths include the group’s wild popularity among the people of Sherwood Forest, that in-turn allows them to be so successful among the commoners. Another strong attribute is Robin Hood’s leadership, which is a requirement for a group like this with such strong opposition from the Sheriff.

Their major weakness is in direct correlation with their strength of large numbers, which has resulted in a lack of adequate supplies and food required to sustain such large group. In the beginning, Robin Hood sought out a small number of men to fill certain positions required for their success. Their previous methods of gathering food and supplies could sustain the low numbers. The group’s increase in fame and popularity has resulted in tremendous growth, and without modifying their methods they can not and will not be able to support the growing numbers leading to a weakness amongst the group.

Another major weakness is the source of the Merriment’s supplies. The case study states that the travelers the band used to raid re now altering their trade routes to bypass the forest all together. Since those travelers served as the primary supply chain of the Mermen, this change has in turn become a weakness, which is the Miller’s son’s primary responsibility. Robin Hood suggested a fixed transit tax to address these weaknesses and help support their growth. However, this policy change went against their mission of “rob the rich and give to the poor,” which is why it has such opposition within the band.

Robin Hood’s two major opportunities with the imprisoned King Richard and the barons go hand-in-hand. In turn, one opportunity would alleviate the second as several of the barons had gathered a supply of ransom money to release King Richard from Austria. If King Richard were to return, the vicious and volatile Prince John would most likely be removed from his position, which would ease Robin Hood’s rivalry with the throne. However, with great opportunity there comes great risk. If the release of the King were to fail, the opposition from Prince John and the Sheriff would be detrimental to Robin Hood’s cause.

When listing the threats to the Mermen, the obvious choice is the Sheriff of Nottingham.

With his growing strength and political backing, he has become a major threat to Robin Hood, which we classify as an issue due to its hard to fix character. Robin Hood believed that the continuous state of unrest would in turn lead to decreased political backing and the Sheriffs removal. However, it has become an increasing issue and the Sheriff has grown stronger than ever. The purpose of this case study is to address the weak, or lack of, distinct strategic direction for the success of Robin Hood and his Mermen.

Their current strategy ad worked in the past, but now must be modified to support the growing number of men and their changing environment.

The band has a major concern with quality versus quantity in regards to their growing size. Robin Hood’s initial recruitment standard of acquiring men with a certain favorable characteristic or skill shall be re- Instated to weed out ten AAA welling Ana prevent any Turner unnecessary expansion. Using an increased screening process, the band could acquire more men with stronger discipline and hunting or farming skills to alleviate the food scarcity, laminating two major problems.

Since the Mermen are so popular throughout the forest, they can easily communicate the need for these positions and speed up the process of recruitment. In addition, this process has the potential to decrease the need to raid travelers and traders for supplies. Just like in business, any internal cost efficiency procedures that can be implemented are extremely beneficial without any initial capital.

However, if your suppliers are relocating outside of the forest then you must follow where the money goes.

Will Scarlet, Robin Hood’s intelligence lieutenant, can use his knowledge and information to find new trade routes which the band can use to their advantage. Robin Hood has often entertained the possibility of eliminating the Sheriff, but after close review, this action would not benefit the group as a whole, and would only satisfy Robin Hood’s personal vendetta with the Sheriff and Prince John. In conclusion, this case study provides a detailed look at the problems and issues facing Robin Hood, analyzes the positives, negatives and opportunities among the and, and also provides an action plan with specific recommendations.

After reviewing all the information surrounding Robin Hood, his Mermen and their opposition, it is easy to see that a majority of their troubles could be eliminated with a few simple internal changes.

If carried out correctly, they would transfer over to their nongovernmental issues in a successful endeavor. For best results, if they can utilize their numbers, weed out dead weight, and follow the process of quality not quantity, the Mermen would become more efficient, better utilized, and better prepared to obtain their objectives.