How To Write A Psychology Case Study?

Writing academic papers is an integral part of student’s life.

This work allows assessing the student’s ability to collect and analyze information and develops scientific thinking. Therefore, it is worthwhile to approach with maximum responsibility and attentiveness to writing a paper, which to a certain extent can be called scientific work. Conducting a case study in psychology differs from writing works on other subjects.

Features of Psychology as a Scientific Discipline

Psychology in itself is a complex and ambiguous science. It is worth taking into account the fact that even a clear and unanimously accepted definition of the subject is still not developed in a framework of this science. This leads to the fact that there is no clear definition of a case study in psychology.

In general, it can be characterized as an analysis of a narrow and undeveloped topic relying on a particular psychological phenomenon.A number of contradictory methods and ubiquitous opportunities for discussions and scientific disputes cause some problems with case studies in psychology.Moreover, a psychology case study is very often subjective. The student is forced to turn not only to theory but also to his own point of view on certain aspects of the human psyche.It’s no wonder that even the very need to write a case study on depression in psychology often leads students to the same condition.

Nevertheless, observance of certain rules will help to write this paper as quickly as possible, and also overcome the main difficulties arising in the process of research. Conducting a first scientific work is not so difficult if writing it according to plan, clearly adhering to a certain structure. 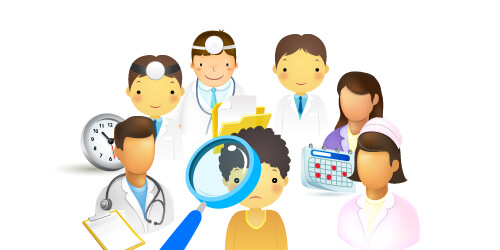 In the most general form, the structure of this paper is as follows:

One of the most important tasks is the correct writing of the introduction of a case study in psychology, which is almost the most difficult part of the whole work. The main difficulty lies in the competent specification of 5 fundamentally important parameters:

It is important to initially understand the difference between the object and the subject of research. The first is the scientific field of science, in which a specific research will be conducted. The second is a certain aspect of this area that is being developed.

For example, a human person may be the object of psychological research, and the subject is a specific theory of personality.

The relevance of the work is determined by the level of its development at the moment and the need for further research from the point of view of the development of psychology as a science. For example, works on old theories of personality are not relevant today, but there is a sense in detailed researches of the newest theories, especially if they have not been sufficiently studied.

The purpose of any scientific work is to study the subject of research. The goal can only be one, and it should be formulated with the words “to reveal,” “to explore,” “to study,” “to develop.” The sole purpose of the work is specified through specific tasks – as a rule, their number does not exceed five.To fulfill all the tasks set and to achieve the research goal, a working hypothesis is used. It is the basic assumption, whose fidelity and capacity is verified during the research.

The very course of the study is described in the main part of the case study, which must include 2 chapters:

The last one is particularly important for a case study on psychology. This science uses various methods to collect scientific information. However, the specificity of the human psyche as an object of investigation leaves its imprint on the possibilities of using this or that method, and on its effectiveness. The Scientific experiment is the main case study method psychology, which involves conducting special training, interviews, and tests among the subjects.Don’t miss the example of Assignment ReportThe results of the psychological experiment conducted by the student are described in conclusion, which sums up the results of the entire paper.

This part finally determines whether the initial working hypothesis has been confirmed.Annexes may even exceed the volume of work. The specificity of psychological research involves the use of special tables and graphs, as well as questionnaires, which are necessarily placed in the annexes to the course. In addition, the student who conducted the surveys should provide the questionnaires of all the subjects.Despite the fact a student may face various problems while conducting such type of work, there are some advantages of a case study in psychology:

Of course, the performance of a good psychological research is a rather complicated and time-consuming task, but such a paper will gain a certain scientific value and, therefore, will deserve a high appreciation.