Boost Juice Bars is an Australian retail outlet that specialise in selling fruit juice and smoothies. Boost Juice Bars was formed in 2000 with the first store located in Adelaide, South Australia. The company has expanded internationally with stores in Asia, Europe, South Africa, India, and the United Kingdom through franchising.

The founder of Boost Juice Bars, Janine Allis, noticed the fad of the juice bar when on holiday in the United States in 1999. With her husband, Jeff Allis, Janine decided to bring the idea to Australia. In 2000, Allis opened her first Boost Juice Bar in King William Street, Adelaide while she was on maternity leave. At the end of 2004, Boost Juice had 175 stores operating across Australia and New Zealand.

In May 2006, Boost Juice Bars ceased operations in New Zealand after the franchiser was put into liquidation. The stores were sold to Tank Juice, which now operates the concept under the Tank brand.

In 2007, the founders of Millies Cookies, Richard O’Sullivan and Mario Budwig, signed an agreement with Boost Juice Bars to launch the brand in the United Kingdom. By the end of the year, the company had also expanded into Chile, Kuwait, Singapore, Indonesia and, most recently, Thailand.

In 2008, Nestlé launched a range of fruit smoothies in association with Boost Juice Bars, to operate alongside the company’s expansion into the United Kingdom.

Between 2009 and 2012, a Boost Juice store operated in China, but it was plagued by problems—the store opening was delayed, the shop-fit was average and the product was not as good as expected.

In 2010, Riverside Company bought a 65% stake in the Boost Investment Group, paying around $65 million for the share. That year, Boost Juice launched “Boost the way you feel” rebranding to mark its tenth anniversary.

In 2011, Boost Juice signed a franchise agreement for India.

In 2014, Bain Capital bought out Riverside Company to take over as the majority shareholder in Boost Juice. 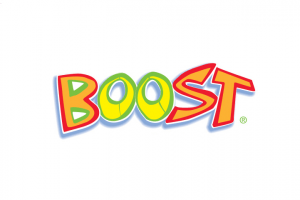