Hard Rock Cafe Inc. is a chain of theme restaurants founded in 1971 by Isaac Tigrett and Peter Morton in London. In 1979, the cafe began covering its walls with rock and roll memorabilia, a tradition which expanded to others in the chain. In 2007, Hard Rock Cafe International, Inc. was sold to the Seminole Tribe of Florida and was headquartered in Orlando, Florida until April 2018 when the corporate offices were relocated to Davie, Florida. As of July 2018, Hard Rock International has venues in 74 countries, including 185 cafes, 25 hotels, and 12 casinos.

The first Hard Rock Cafe opened on 14 June 1971 at Old Park Lane, Mayfair, London, under the ownership of young Americans Isaac Tigrett and Peter Morton. Hard Rock initially had an eclectic decor, but it later started to display memorabilia.

The chain began to expand worldwide in 1982 with locations in Toronto, Los Angeles, San Francisco, Chicago, Paris, and Berlin. Hard Rock Cafe locations in the United States vary from smaller, more tourist driven markets to large metropolises. Hard Rock Cafe typically does not franchise cafe locations in the United States. All US cafes are corporate owned and operated, except for cafes in Tampa and Four Winds New Buffalo casino. However, in the transition of the Las Vegas Hard Rock Hotel property originally owned and then later sold to Rank by founder Peter Morton. Morton retained hotel naming rights west of the Mississippi. When Morton sold his Las Vegas Hard Rock Hotel to the Morgans Hotel Group, he also sold those naming rights, which then gave rise to two US franchised hotels in Albuquerque and Tulsa. The Albuquerque hotel no longer pays for the Hard Rock rights and reverted to its former name in June 2013. More hotels franchised from Morgan’s are planned for Sioux City and Vancouver.

In 1990, The Rank Group, a London-based leisure company, acquired Mecca Leisure Group and continued expansion of the concept in its geographic territory. In 2008, anonymous members of the wait staff criticized the business because of its practice of paying them less than half the official minimum wage in the UK, with the business allocating tips to staff to bring their salaries within the law. Most customers, it was argued, do not realize that they are subsidizing a low wage when they give the tip. 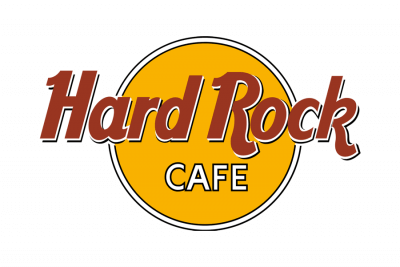